A look ahead at 2019-2020 Gamecock women's basketball season 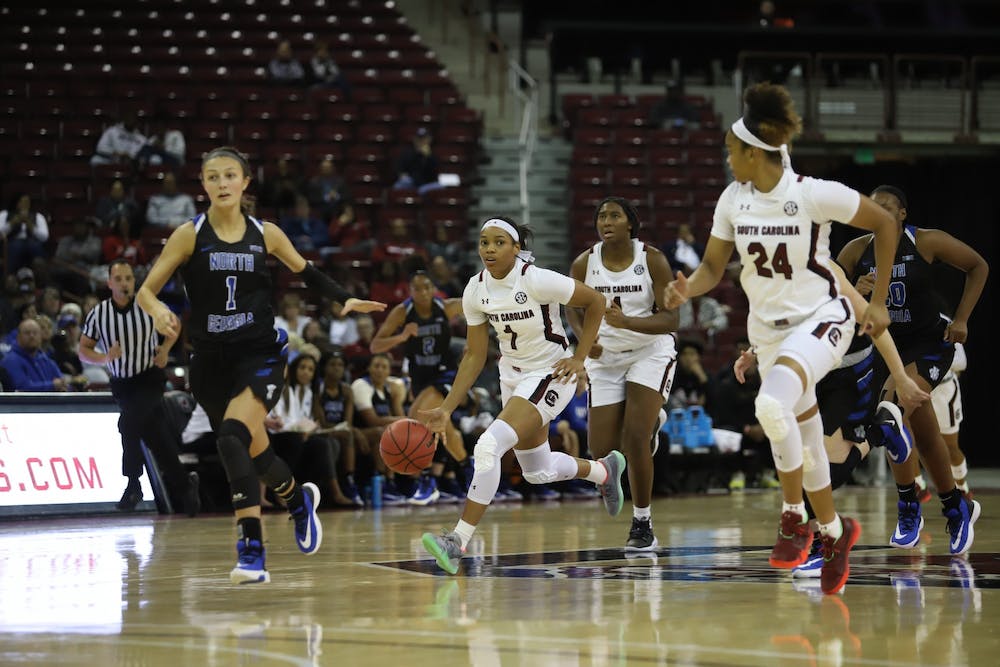 The 2019-2020 women's basketball season officially began Friday night when the Gamecocks defeated the North Georgia Nighthawks 112-48 in South Carolina's only exhibition game of the season.

Last season, the Gamecocks finished the season in the Sweet 16 with a loss to Baylor, ending the season with a 23-10 record. Soon after, head coach Dawn Staley and the team lost seven players, four to graduation and three to the transfer portal.

No. 3 recruit Aliyah Boston, hailing from Maryland, was named to the Lisa Leslie Award Watch List, an award given to the top female collegiate center, during the preseason.

Boston isn’t the only Gamecock receiving preseason attention though, as Herbert Harrigan was named to the preseason all-SEC second-team earlier this month.

Another key player returning is senior point guard Tyasha Harris. Harris was named to the Nancy Liebermam Award Watch List, an award given to the best point guard in women’s college basketball.

Staley's team is projected to have an outstanding season, according to espnW’s preseason top-25 poll, where Staley and the Gamecocks are ranked at No. 8, ahead of SEC teams Texas A&M and Mississippi State.

The Gamecocks were also picked by the SEC media to win the SEC title this season. The coaches of the SEC tapped South Carolina to finish second in the conference, behind Texas A&M.

"With us, it’s about combinations and who plays well together," Staley said at SEC Media Day. "Our bench is going to be incredible, and they may be even more productive than our starters, depending on how we strategize and who starts and who comes off the bench.”

In the exhibition game against the Nighthawks, Staley showed there would be variation in who started during the season. Freshmen Boston and Zia Cooke, sophomore Destanni Henderson and seniors Harris and Herbert Harrigan were in the starting lineup.

"We try to mentally prepare our players to perform at a high level," Staley told ESPN. "When the stakes are at the highest, but also at the lowest, because you’re always teaching to be perfect in what you’re trying to execute.”

The Gamecocks will have plenty of high stakes games this season, such as the rematch versus Baylor in the Paradise Jam or when Connecticut comes to town in February, to prove they’ve still got the talent to make a deep run in the NCAA tournament and are still a top dog in collegiate basketball.

South Carolina opens its regular season play at Colonial Life Arena Nov. 5 at 7 p.m. against Alabama State. The game can be viewed on SEC Network.