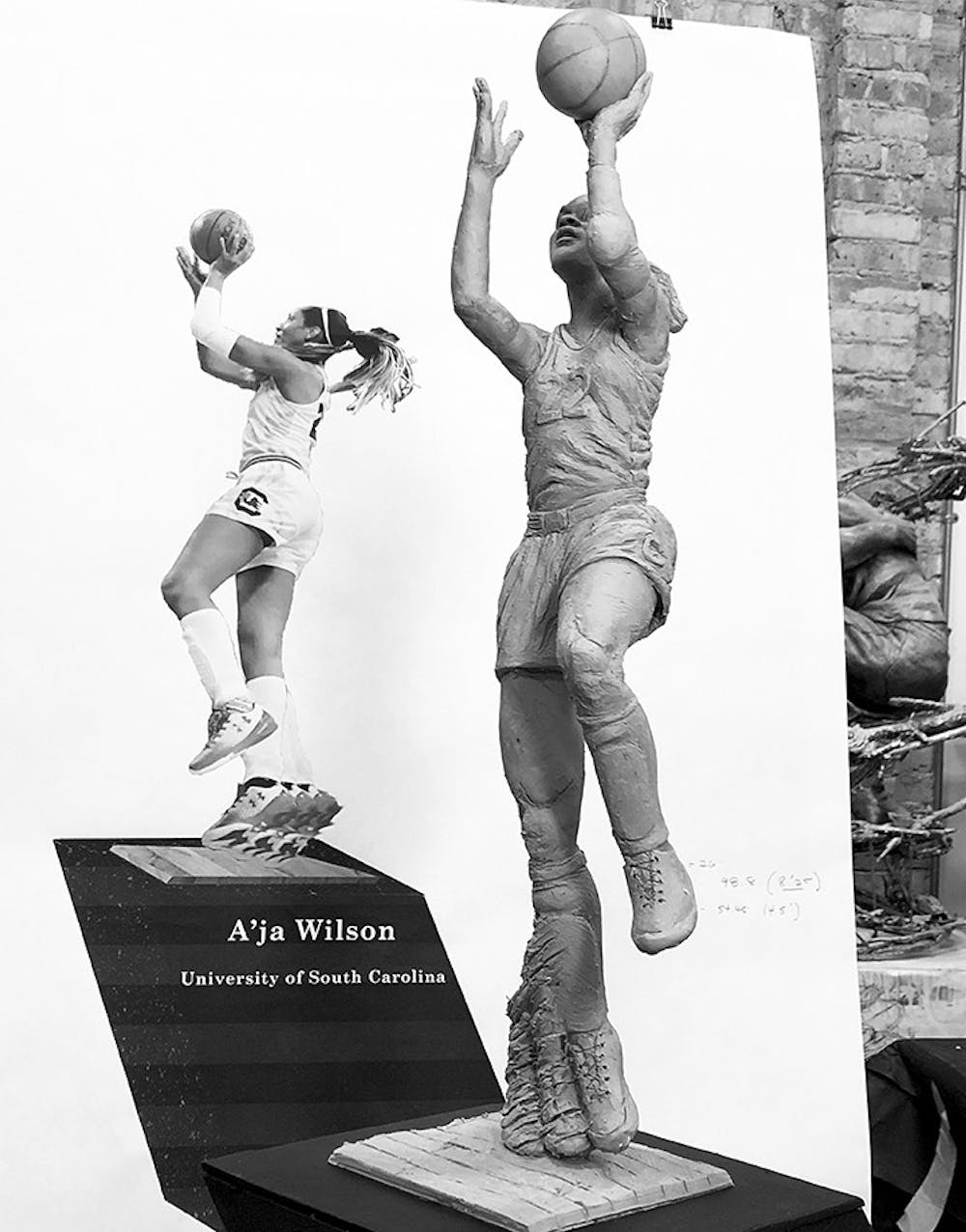 Courtesy of the University of South Carolina

When A’ja Wilson walked across the stage during her graduation in 2018, she received a graduation present like no other: a statue.

“I found out at graduation. It was really cool, but it’s just a blessing, you know," Wilson said. "I heard about it; everyone's like, 'Oh, she needs a statue,' this, that; but I never really thought it would follow through. So, hearing President Pastides at the time, say that at graduation was definitely just the icing on the cake.”

The University of South Carolina board of trustees approved the statue in late 2018.

Head coach Dawn Staley donated $100,000 towards funding of the statue. Wilson said she admires the “loyalty that [Staley] has to all of her players, current, past, present" and considers Staley to be her "second mom."

“I know she’s always going to be there for me, and vice versa," Wilson said.

Athletic director Ray Tanner told the Post and Courier Staley's promise to donate encouraged other donors, which covered most of the total cost.

The final cost of the statue is $275,000 with most of the money coming from private donors, according to The State.

In September, the final version of the design was unveiled at a board of trustees meeting. The statue is set to be completed before the start of the 2020-2021 season.

After the statue's initial approval, the board began accepting resumes from sculptors. They eventually decided on the creative talents of Julie Rotblatt-Amrany. Rotblatt-Amrany helped create the Michael Jordan statue outside the United Center in Chicago and the Jerry West and Shaquille O’Neal statues outside the Staples Center in Los Angeles.

“It was definitely a big deal," Wilson said. "I know exactly where these are, I’ve taken pictures in front of them ... I’m so grateful to be alongside company like the Michael Jordan, the Shaq, the Jerry West, and just little old me from South Carolina adding to that list. So, definitely an honor and a blessing to be in this situation.”

Wilson is the most decorated athlete in school history, with 86 school records for women’s basketball and 166 records in the top five. She was also the first-ever three-time SEC player of the year.

Wilson said her favorite memory from South Carolina was at the national championship game when Columbia residents came together for the parade. The memory she found most impactful from her career was at her fourth SEC championship game.

"That was a championship that everyone thought that Mississippi State had it in the bag," Wilson said. "It was just a definitely great feeling to be the underdog and win it.”

Wilson was drafted No. 1 overall in the 2018 WNBA draft by the Las Vegas Aces. Just like her career at South Carolina, Wilson got off to a hot start in Vegas.

In her first year, she was WNBA rookie of the year, named to the all-star team and averaged 20.7 points per game.

Despite missing some time due to injury, Wilson didn’t experience a sophomore slump like some professional athletes do in their early careers. Last season, her second in the league, Wilson averaged 16.5 points, was named to her second all-star team and became captain of the team.

Wilson will no doubt continue to make her presence felt in the WNBA for years to come.

"At the end of the day, I just want to leave my mark in some way," Wilson said. "It doesn’t necessarily have to be in a statue, but leaving my legacy in a good, positive way, whether I’m in Columbia or Vegas, is definitely something that I’ve always wanted to do.”