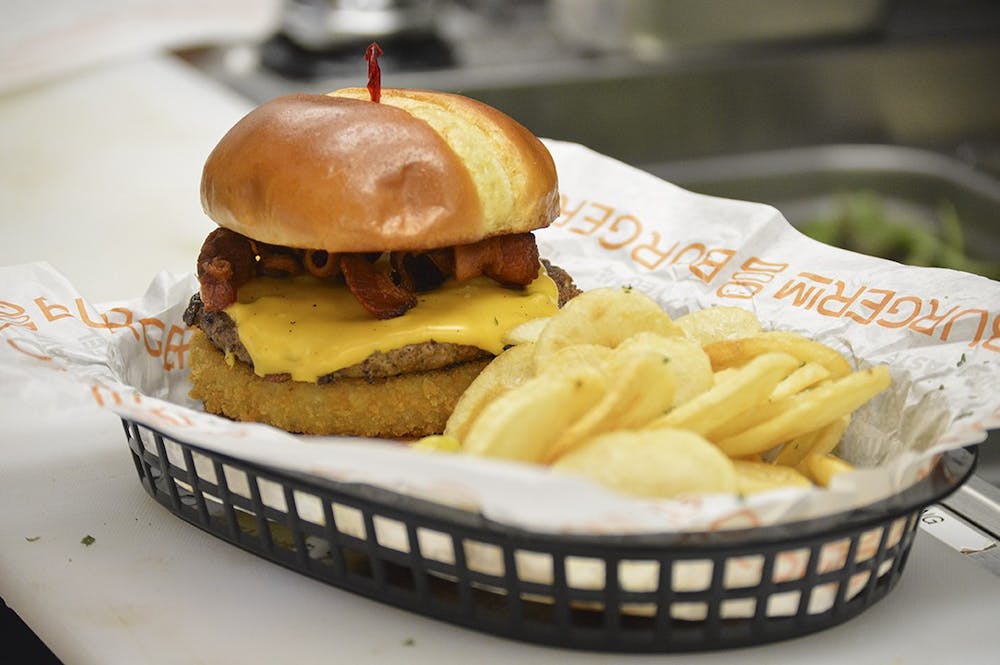 If there is any food Americans know how to do best, it's burgers. However, Isreali-founded BurgerIM brings a unique adaptation to an average burger.

"Not your ordinary burger" is how assistant manager Donna Holloway described BurgerIM's style. Instead of sliders, which are typically smaller than 2.8-ounce patties, BurgerIM's classic mini burgers are three ounces. With hundreds of different ways to customize the already loaded and creative burgers, customer choice is a value of BurgerIM.

The LA-based mini-burger chain recently opened its first South Carolina location off Killian Road. It is the only location in the state so far, but the chain is hoping to expand and open 600 more stores by the end of the year.

While mini burgers are the style of choice, the full name means "many burgers." BurgerIM also serves third and quarter-pound style burgers. The restaurant serves eight different types of meat, including grilled and fried chicken, salmon, falafel and plant-based patties to cater to vegetarians and vegans. Offering an eight-burger Family Box and a 16-burger Party Box, BurgerIM takes advantage of the tailgates that come with being close to an SEC college.

The gourmet burger chain also sells chicken wings, onion rings, fries and milkshakes. The milkshake bar is specific to the Columbia location and provides more customization than typical BurgerIM milkshakes. According to Holloway, "A lot of our BurgerIM's have milkshakes that have a couple toppings," but the Columbia store owners decided to do something different.

Its milkshake bar is stocked full of sauces, 17 different Torani syrups and toppings ranging from Froot Loops to marshmallows. Customers add whatever they desire to the standard vanilla, chocolate, strawberry or cookies and cream milkshakes, and for those old enough, they serve beer and wine.

While BurgerIM might not be a nationally known chain, Holloway said she is excited for the future.

"I knew that it was going to be something big," Holloway said. "It's something different."

The first restaurant opened in Tel Aviv, Israel, in 2011 and by 2016, there were 168 worldwide. Holloway said she thinks BurgerIM stands out from other competitors.

"In America ... we just do the burger, the lettuce, tomatoes, maybe ketchup, mustard, mayo. This was definitely one that I thought, 'It's going to be a hit,'" Holloway said.

The people of Columbia think so, too. Holloway said the store had a lot of business the first couple days.

"It was so busy you couldn't get a break to do anything, to blink. We had people out the doors, standing outside but I think it's just, 'What is BurgerIM? Let me get in there,'" Holloway said.

Located at 1033 Roberts Branch Parkway, the restaurant is currently open every day from 11 a.m. to 9 p.m.