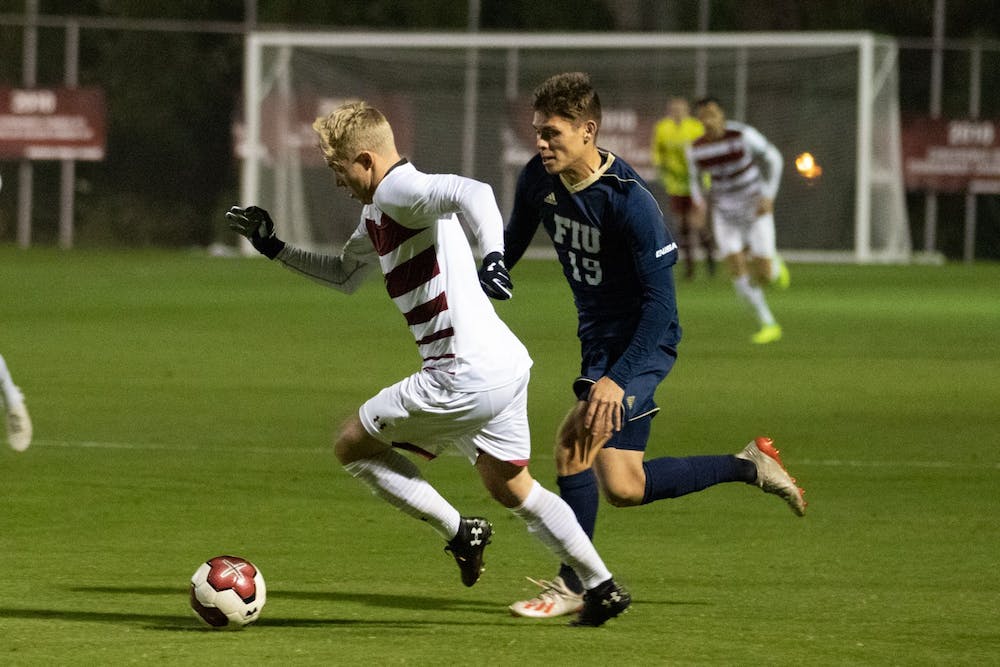 Coming into the game, South Carolina was leading the all-time series 15-1-5. The Gamecocks defeated the FIU Panthers 1-0 earlier in November, earning their spot in the tournament.

South Carolina had an bye week the last week of the season before heading into this game against the Panthers.

"It's always a situation where you would like ... to keep that rhythm going and you wouldn't like to have a bye week," head coach Mark Berson told GamecocksOnline. "By the same respect, you do get a chance to get guys a rest and get healed up a little bit."

The game started off slow, with neither the No. 6 seeded Gamecocks nor the No. 3 seeded Panthers scoring in the first half.

The second half began with a quick goal from the Panthers' Golden Boot winner Alessandro Campoy in the 47th minute.

The last goal came again from the Panthers in the 75th minute, finishing out the match.

"Couple mistakes cost us in the second half and that was tough," Berson told GamecocksOnline. "From then we had to chase the game and that's a tough assignment with a good FIU team. Hats off to them. They did a good job. It wasn't our night. I'm proud of our guys. They fought hard down the stretch but tonight wasn't to be for us."

Seniors Frano Buhovac and Luca Mayr started in their last game with South Carolina. As a result of the loss, the Gamecocks have been eliminated from the Conference USA Tournament.