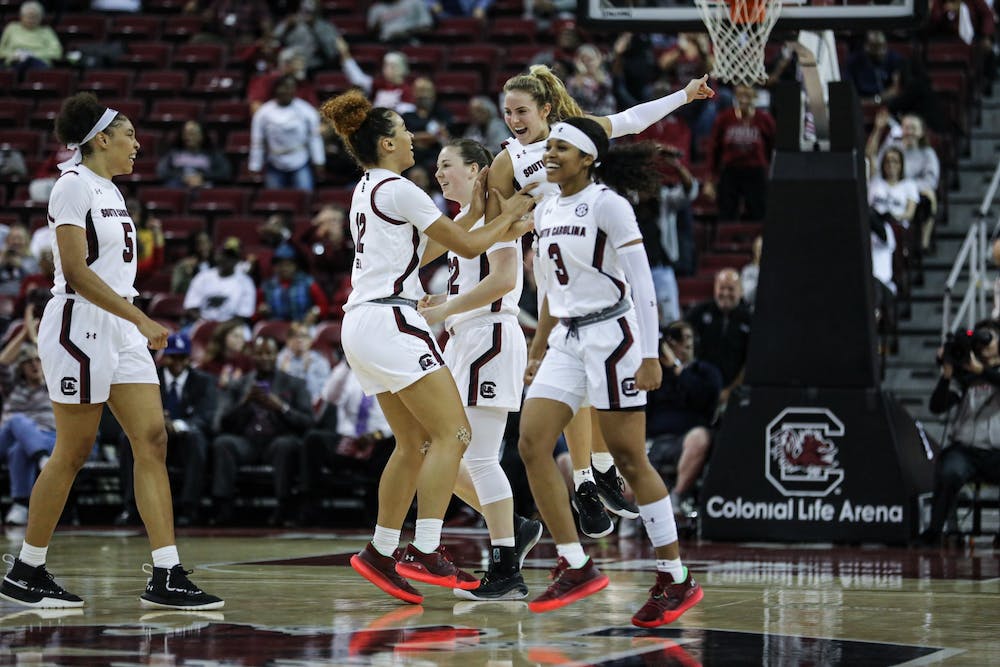 South Carolina women’s basketball notched its third win of the season in a 75-49 defeat of Dayton on the road. The team went on an 18-to-one run to close out the first quarter, built a 16-point lead and never looked back.

Freshman point guard Zia Cooke led all scorers with a career high 27 points for the Gamecocks, and Aliyah Boston added 11 for her third-straight game in double figures. The freshman pair has been a big part of the Gamecocks' undefeated opening to the season.

South Carolina showed its not only stacked with talent, but intent on closing out games with defensive toughness. During a Dayton possession with five minutes left in the fourth quarter and a 26-point South Carolina lead, the Gamecocks blocked three shots in a row to add to what was a 10-to-three advantage in blocked shots at the end of the game.

Senior Flyer Jenna Giacone finished with 18 points and four 3-pointers off the bench.

South Carolina finished with a 52-to-42 advantage in rebounds. The Gamecocks' dynamic guard play and stout control of the ball helped carry them to the win. The early success of head coach Dawn Staley’s highly touted freshman class continues to be a big story.

“I think the most important thing is getting the win, and then we’ll learn some lessons from what we’ll see on film,” Staley said.

The No. 6 Gamecocks return home to face Appalachian State in the first half of a two-game homestand Nov. 17 at 2 p.m.