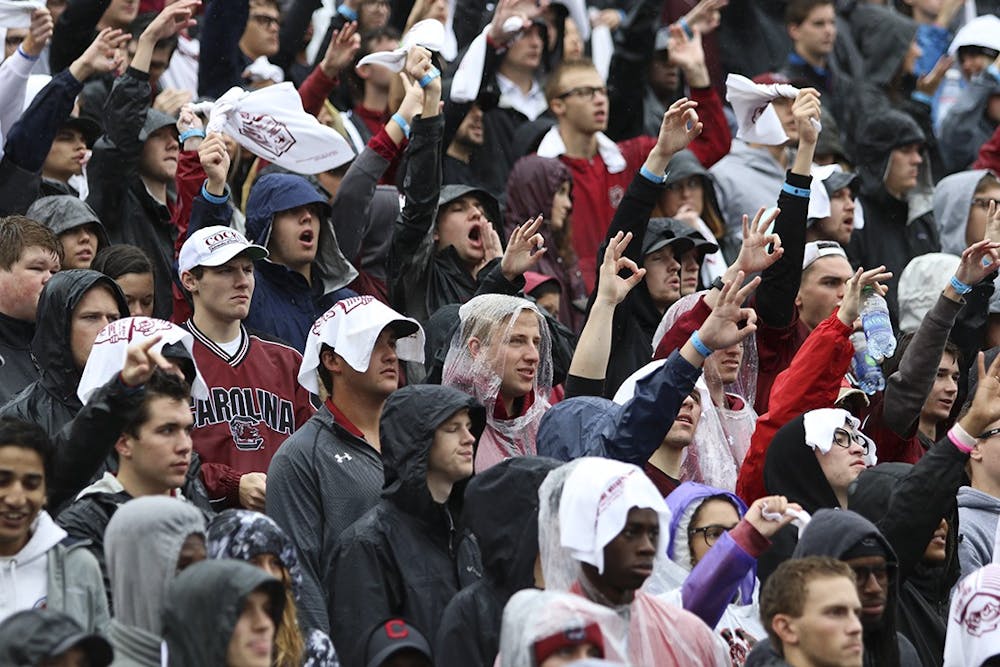 Some South Carolina fans are unable to watch the Gamecocks play from what is arguably the best section, whether it be Colonial Life Arena or Founders Park.

However, on Nov. 1, 2018, the University of South Carolina athletics department along with student ticketing and Student Government announced the Student Guest Ticketing program.

This program allows a friend or family member to be seated with a student in the student section at basketball and baseball games.

Student Guest Ticketing also allows students to bring guests to football games at Williams-Brice Stadium, but the group must sit in the upper deck rather than the student section.

Flynn said he was so impressed with freshman council’s presentation that he presented it to South Carolina athletics, "and they said, 'Let’s do it.'”

“It was kind of cool to see student life, athletics, Student Government, everybody coming together to get it done,” Flynn said. “It took a couple years, but we finally got it done.”

When student guest ticketing was officially up and running last year, Flynn said he was surprised with the large response from students in its inaugural year — to the point student ticketing increased the ticket limit for the 2019-20 season.

Some of these increased ticket limits include four tickets for men’s basketball non-conference games and all women’s basketball games, with the exception of the University of Connecticut game.

SEC men’s basketball games will increase to two guests in conference games, with the exception of the Kentucky game, and Flynn additionally said he expects baseball to be raised to four guests.

In its first year, the Student Guest Ticketing program has generated approximately $50,000 in revenue for athletics, excluding any costs of running the program.

With Student Guest Ticketing’s first year in the rearview mirror, Flynn said he is excited to see how the future of this program takes its shape.

“It’s been kind of cool to see families come, students bringing their brother or sister to get that experience of what it’s like being a student here,” Flynn said. “I think it’s only going to get better as more students are aware of really what it is, because it’s new.”