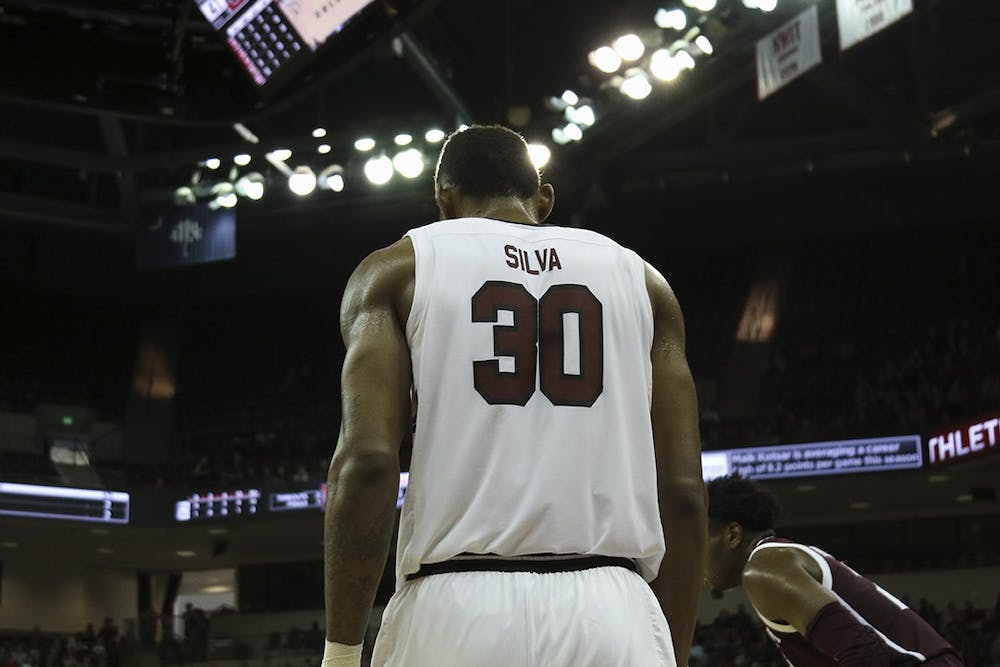 Letter to the editor: The Daily Gamecock should apologize to Chris Silva

I am writing to you to voice my profound frustration and incredulity at a recent opinion column that was allowed to run in The Daily Gamecock. The piece, titled “Gamecock basketball needs a face in the NBA, Chris Silva is not it,” is an embarrassment to The Daily Gamecock, the University of South Carolina and proud alumni everywhere. It is an opinion piece, granted, but there is no reasonable and rational opinion in the world drawn from any facts surrounding Chris Silva’s career at the University of South Carolina that could come up with the conclusions submitted in this piece. It was an amateurish and pathetic hit job, plain and simple, and I believe that The Daily Gamecock should publicly apologize to Chris.

I am a firm believer in freedom of the press, and I am willing to cut some slack to the student writers (who are amateur journalists), but this far surpasses poor prose or a poor take. This appears, from an alumnus perspective, to be a calculated and malicious attempt to discredit a great Gamecock who gave as much effort or more than anyone that has ever donned the garnet and black. To call him lazy is, ironically, the laziest take I have read in any form or fashion. For the editors to allow this to go to print shows great misjudgment in my opinion. It is not censorship to cut a piece that is this bad, it is in the best interest of your publication and its reputation.

The Daily Gamecock, in allowing this to go to print, has shown itself to be a shell of the publication that I knew when I was in school just a short while ago. I am a 2013 graduate of the university, had a roommate who wrote opinion pieces for the paper and often let me proofread them and have a grandfather who was editor-in-chief when he was in school and frequently enjoyed reading the publication between classes when I was there. There was no doubt that articles left me shaking my head in disagreement while I was there. You could argue that a well-balanced publication should have something that everyone disagrees with, but I never in all of my years in school read anything that I deemed to be an embarrassment to the university. This piece has changed that.

In closing, I would argue that The Daily Gamecock has a burden beyond that of traditional news outlets. Yes, it should report the truth and it should seek to practice journalistic integrity and all of the other things that good journalism aspires to do. However, it has an additional burden, and that is to not bring unnecessary embarrassment to or build unnecessary resentment among the student and alumni base of the university. This does not mean cover up facts that could cause embarrassment or make someone at the university look bad. No one will ever disparage the paper for reporting on good, hard facts. What it means is that the publication should not ever go out of its way to opine (or passively allow someone to publish) completely preposterous opinions about alumni, staff or students, especially when anyone with an ounce of sense can see that the opinion is so absurd and outlandish.

Chris Silva came from Africa to the University of South Carolina unable to speak a word of English. He left our university with a Final Four banner, something it had never had, he was a first team all-SEC, SEC defensive player of the year (an award that lazy players don’t usually get), and was constantly praised by Frank Martin as a hard worker. Anyone who has paid attention to South Carolina men’s basketball knows that Frank is not one to hand out praise like that lightly. I could continue, but taking note of any of this information should have been enough to have rejected the opinion piece as soon as it was submitted. In hindsight, I hope that it is enough for The Daily Gamecock to issue a public apology to Chris Silva for printing such a disgraceful article.