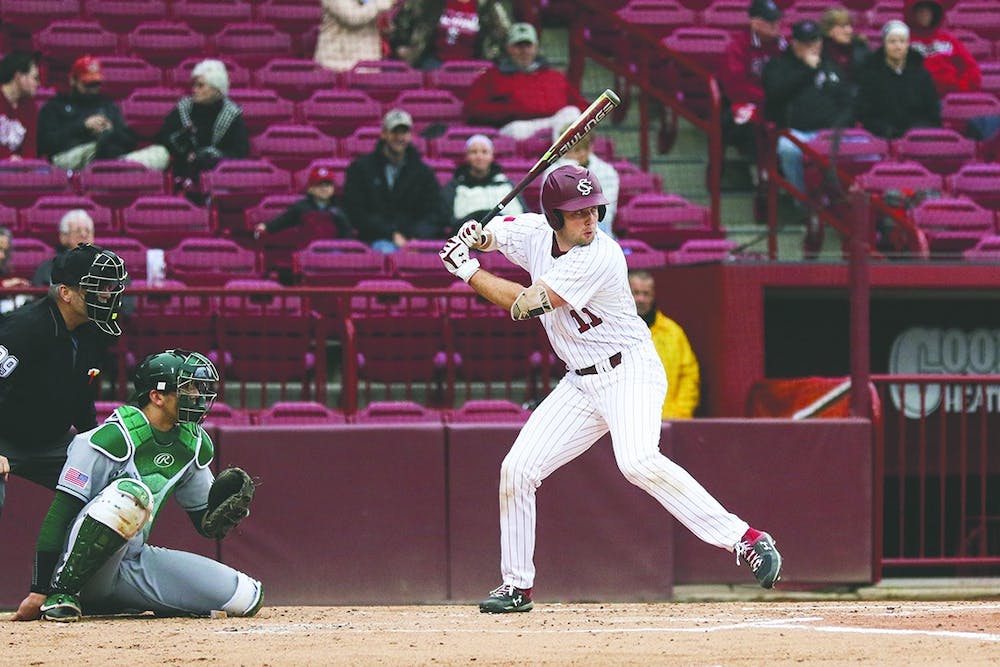 The 2020 baseball season is right around the corner, and the South Carolina Gamecocks are ready to begin the season.

Head coach Mark Kingston said in a press conference the team "had a really productive fall" and hopes the team can improve on its overall 28-28 record and conference record of 8-22 from the 2019 season.

Kingston said he believes they have the "building blocks" to have a successful season.

According to Kingston, “everybody needs a Friday night ace," and the Gamecocks might have that in redshirt sophomore Carmen Mlodzinski.

After his season was cut short in 2019 due to injury, the right-hander from Hilton Head, South Carolina, increased the velocity of his fastball to the mid-90s, Kingston said.

Junior outfielder Andrew Eyster said in an interview with GamecocksOnline that it's “impossible to pick up what [Mlodzinski's] throwing until it’s right there" and said he was a "workhorse" among Gamecock pitchers.

“I don’t know that anybody predicted he’d be at this spot yet,” Kingston said.

The team will also need contributions from Brett Kerry, Dylan Harley, Cam Tringali and others to log innings throughout the season.

With 10 homers and an average of .309 last season, Eyster looks to lead the Gamecocks offensively.

Sophomore Brady Allen and junior JUCO transfer Noah Myers will most likely round the outfield out. Eyster said he's “willing to bet [Myers'] going to be our leadoff guy.”

Freshman infielder Brennan Milone has emerged as an asset. After playing shortstop in high school, he was a top-150 prospect in the MLB draft.

“If we played a game today, would [Milone] be our third baseman? Yes, he would," Kingston said.

Senior George Callil, freshman Braylen Wimmer, sophomore Josiah Sightler and junior Noah Campbell should all see minutes in the infield for the Gamecocks.

With the departure of Luke Berryhill to the Cincinnati Reds via the MLB draft, the Gamecocks are in need of a new catcher. Sophomore Wes Clarke is most likely going to be the player to step in, but freshman Colin Burgess is another possibility.

The Gamecocks open their season at Founders Park and play host for a three-game series against Holy Cross Feb. 14 to 16.

Founders Park will be the site of many series during the year, including matchups against Northwestern, Mississippi State and Florida.

The Gamecocks will have some big games on the road, headlined by series against Georgia, Vanderbilt and LSU.

Kingston said he "like[s] where we're moving” and believes the team will have success if it “maximize[s] everybody’s strengths.”