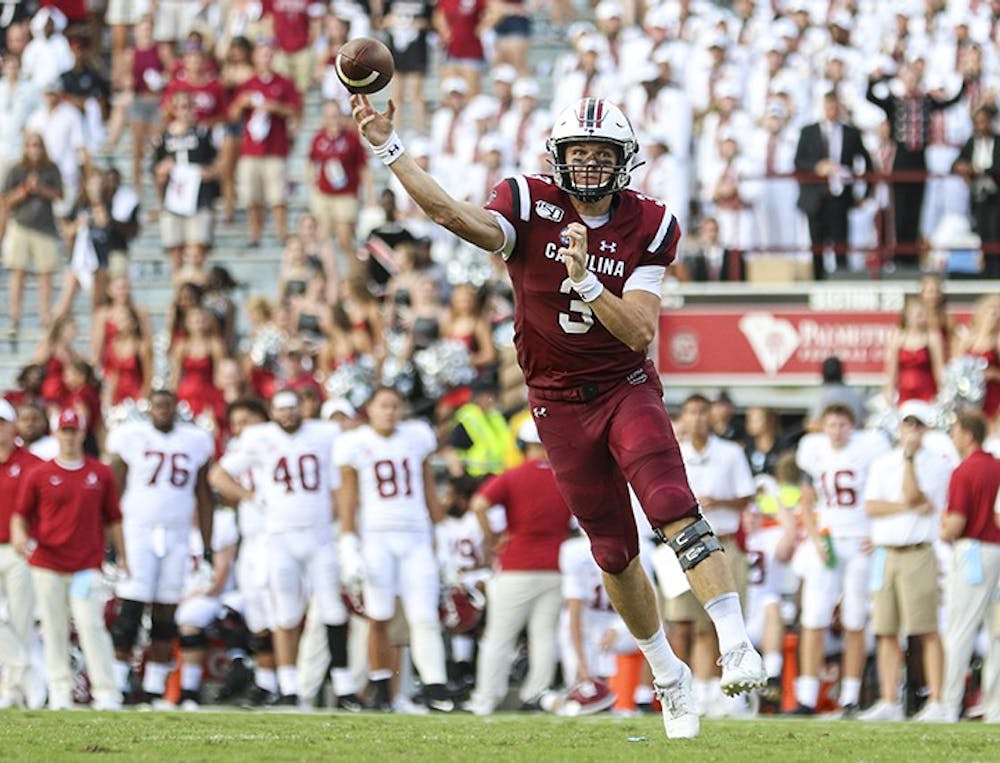 By Matthew Edwards, and Joshua Matthews

Ryan Hilinski has a meniscus injury, according to a Gamecock Athletics press release.

The press release said Hilinski will undergo arthroscopic surgery to repair a small tear of the lateral meniscus in his left knee.

Other reports surfaced that Hilinski had a torn ACL, but those reports are not true according to the press release from Gamecock Athletics. Multiple sources confirmed to The Big Spur that Hilinski did not play on a torn ACL throughout the 2019 season.

According to the press release, the actual date of a surgery has not been determined. Recovery time is not expected to be as long as it would be for a torn ACL.

Ryan Hilinski completed over 58% of his passes, logging over 2,350 yards and 11 touchdowns in the season.

Throughout the season Hilinski has had a number of "minor" injuries, such as an elbow ailment, with knee issues starting in the first half of the South Carolina-Georgia game, where his leg was hit after a pass attempt. At the time, Hilinski was believed to have a knee sprain and continued to play in the following games.