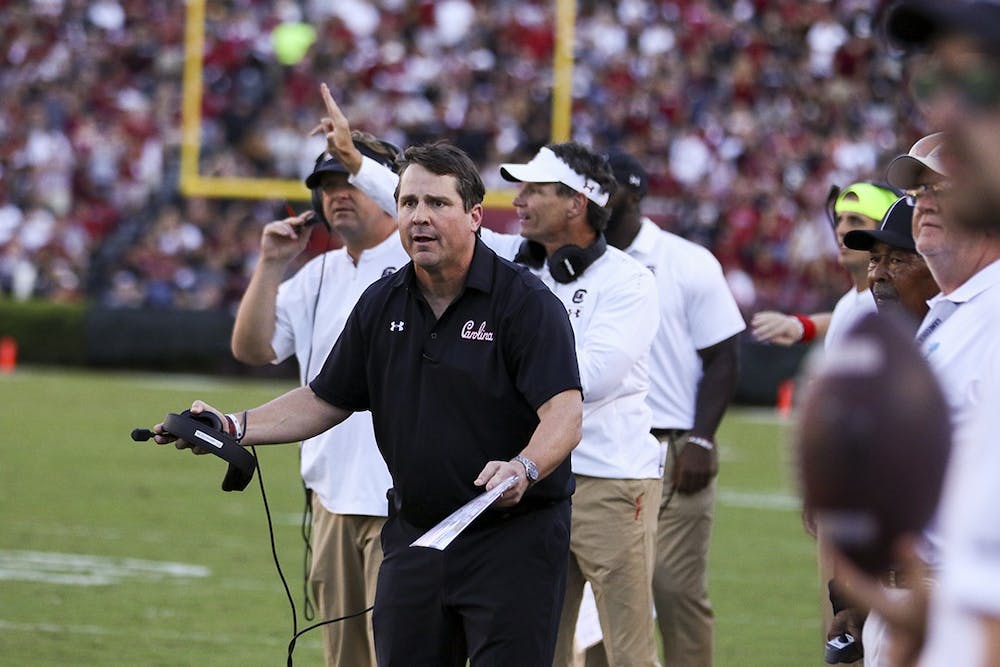 Head coach Will Muschamp hinted at a coaching staff shakeup in his postgame press conference after the 38-3 loss to in-state rival Clemson. On Sunday, reports surfaced that the changes had been officially made.

According to The State, strength coach Jeff Dillman was fired. Dillman spent four years under Muschamp at South Carolina and three at Florida. In 2018 alone, 14 players had season-ending injuries, while 12 other players missed at least one game due to minor injuries.

In addition, according to The Big Spur, quarterbacks coach Dan Werner was fired. Werner was in his second season in the role. Offensive coordinator Bryan McClendon was also demoted but is expected to remain on staff in a role not known at the time.

Mike Gillespie of ABC Columbia reported that senior quarterback Jake Bentley will announce his future plans on Monday. Bentley has the option of returning for one more season at South Carolina, transferring to another school and declaring for the NFL draft.

According to @gogamecocks, South Carolina football strength coach Jeff Dillman has been fired. According to @247Sports, Dillman and quarterbacks coach Dan Werner have been fired. On Saturday, head coach Will Muschamp talked about changes being made but did not mention specifics.