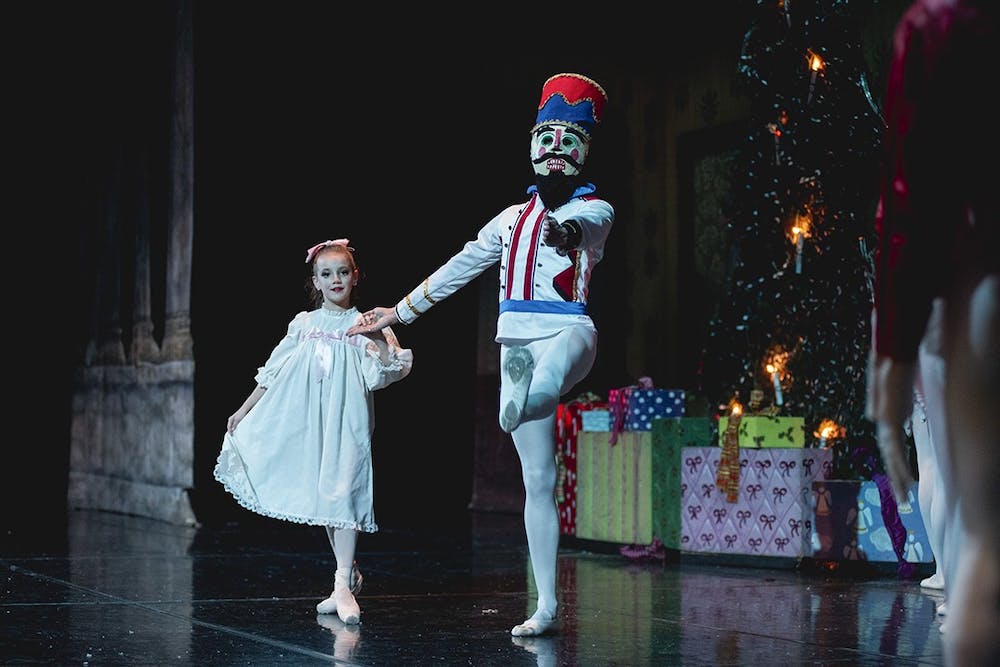 'Nutcracker' to promote tradition and community

For the 59th year, Columbia City Ballet will be presenting the holiday classic "Nutcracker." In anticipation of the holidays, the city of Columbia can see performances at the Koger Center for the Arts from December 14 to 15 and December 21 to 22.

This year, "Nutcracker," directed by William Starrett of Columbia City Ballet, will encapsulate the Christmas spirit for which it is known while incorporating updates to casting and characters. Performances will feature special guests on stage and a twist to character casting. Unlike in previous productions, the Lead Cadet will play the roles of both the Nutcracker and the Sugar Plum Cavalier. Small changes such as these keep audiences on their toes, especially if they attend this ballet every year.

Principal dancer Bo Busby, who has performed in Columbia City Ballet’s production of "Nutcracker" for four seasons, performs the lead role of the Nutcracker, meaning he will also perform as the Lead Cadet and Sugar Plum Cavalier and dance the sugar plum pas de deux — or dance of two — at the end of the show. This might seem like a daunting responsibility, but according to Busby, it is a privilege.

“The 'Nutcracker' is magic for some children. I mean, for me, especially. I speak on behalf of lots of other dancers that that was your first experience with dance,” Busby said.

When a classic show such as "Nutcracker" has been put on annually by nearly every ballet company and has been seen by so many people, it is important that each company makes its production stand out. For the Columbia City Ballet, the secret to its success is a focus on community. They recruit volunteers, perform all over the state and put notable effort into involving audiences.

To accompany the performances, the Koger Center will also host a series of lavish tea parties. For those who choose to attend, the tea parties are a way for audiences to interact with the dancers, who put on their costumes and join audience members for an afternoon of entertainment, food and, of course, tea.

Crafts and stories are also offered as a way for the ballet to serve the community by furthering education. These parties are planned with great detail and are a way to share the traditions of Southern hospitality with the community.

“The tea party is a quintessential part of gracious southern living and we want to make sure that we pass this tradition on to our youth,” Jamie White, development director at the Columbia City Ballet, said in an email.

Just as audiences look forward to "Nutcracker" every holiday season, so do the dancers. Although they perform "Nutcracker" every year, rehearsing from October until the end of November, the dancers at Columbia City Ballet do not let go of the feeling that comes with performing a truly beloved, seasonal tradition. For Busby, who has known and loved "Nutcracker" since he was 3 years old, this is especially true.