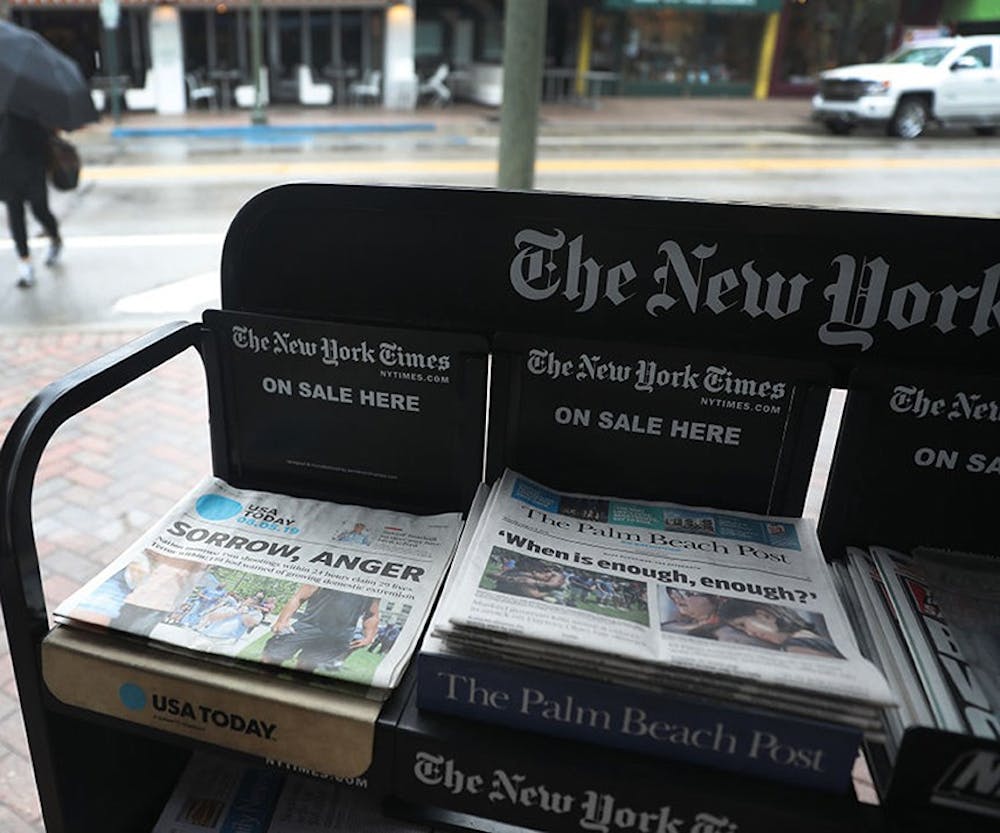 There is something of a crisis in today’s journalism climate. According to a report conducted last fall at UNC Chapel Hill, local newspapers are closing at an alarming rate. One in five local American newspapers has vanished in the last fifteen years — are we witnessing the death of local news, or is there a way out?

Many seem to think there is, and it comes as a dramatically reformed business model: nonprofit journalism. Consider the traditional model of a newspaper publication and its pitfall — the advertisers, from which they draw all revenue.

Advertisers are leaving in droves to utilize new and substantially cheaper ad-space online, leaving local newspapers behind. Now remove the advertisers from the equation entirely and replace them with philanthropists, user donations and sponsored content, and you have what is being called the future of sustainable journalism: nonprofit news organizations.

Nonprofit news organizations do not report to advertiser shareholders since funding is no longer sourced from them; they do not report to parent conglomerates or larger corporations, as they’re independently owned and operated; they report only to the people, for whom their stated objectives are written and for whom they exist in the first place.

They work for the people, and the people pay their salary, with additional contributions from philanthropy organizations dedicated solely to the monumental task of promoting better local journalism.

One such organization is the American Journalism Project (AJP). Co-founded by John Thornton, founder of The Texas Tribune, it is arguably the most successful nonprofit newspaper the nation has seen.

The AJP is a powerful example of what philanthropy can provide to not only the media climate of our nation but also its citizens. Its stated purpose is “building a new public service media that is governed by, sustained by and looks like the public it serves.” It means to accomplish this through “transformative investments and close support to Civic News Organizations” — including $42 million in grants awarded to those nonprofits which meet the project’s criteria, specifically regarding the principles it believes should guide all nonprofit publications.

There is an emerging class of 212 nonprofit organizations funded by philanthropy and user donations, according to the Institute for Nonprofit News. Arguably the most revolutionary facet of these organizations is their nature as nonprofits. Their funding does not go to serve some ulterior motive, bolster the paychecks of executives or further corporate agendas. It goes directly back to the people in the utility it provides to these organizations to build more talented teams, conduct better investigation and create better services for consumers of their information.

Nonprofit news is for you and nobody else.

The Columbia area could greatly benefit from a publication meant to serve the people. The city is far too well acquainted with government corruption, and a little accountability on the part of officials is exactly, I think, what citizens deserve. There has been an attempt to bring about this accountability already in the form of nonprofit news website The Nerve.

The Nerve has been dedicated to the cause since 2010 and states the following regarding investigative reporting on South Carolina’s government:

“When we launched The Nerve, South Carolina’s news outlets (with a very few honorable exceptions) produced almost nothing in the way of serious in-depth reporting on government. Since then, we’ve seen a revival of interest in investigative reporting on government at a number of important and respected news organizations. We at The Nerve like to think we had something to do with that.”

At the end of the day, we all deserve information concerning important happenings in our communities. I would argue it is a basic right of the people to have access to it in an entirely transparent and honest manner. This right is becoming increasingly absent in the lives of many Americans, and there is no doubt the struggle reflects dire circumstances for journalism everywhere. In fact, a first amendment conference at UNC Chapel Hill explored the local news crisis as a “crisis of democracy."

Nonprofit journalism has worked wonders for US communities similar to Columbia. I say we give it a chance and see the good it can do for the great people of this city.