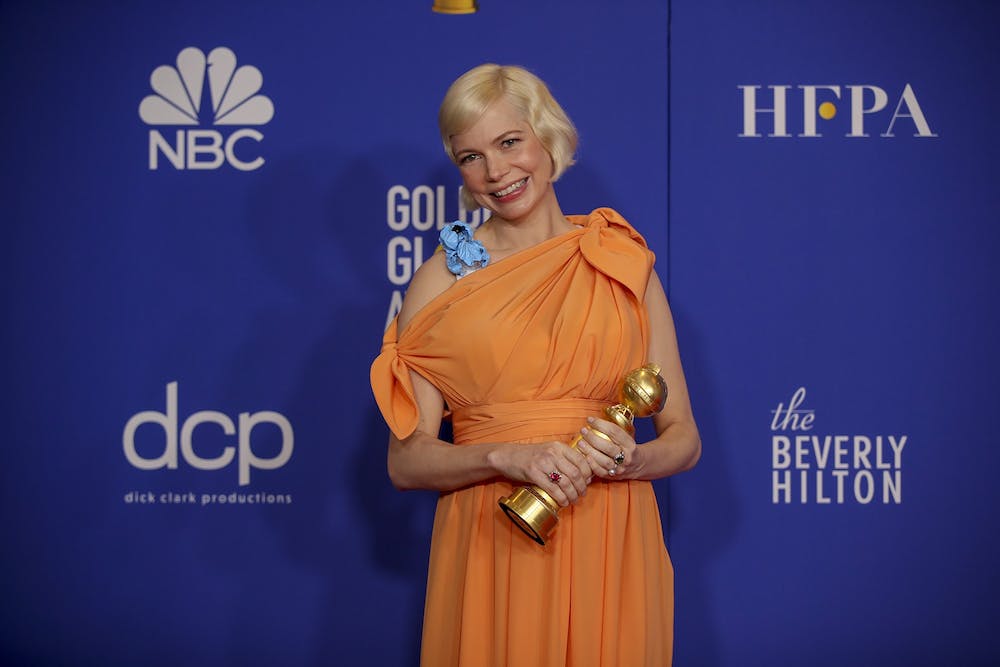 Opinion: Celebrities should use their platform during awards season

With the 2020 Golden Globes last week and the Oscars on the horizon, awards season is in full swing. Talk of politics is often brought up around this time, whether by noting the diversity of those being awarded or the statements made by awardees.

Celebrities who choose to make political statements during their acceptance speeches receive just as much backlash as they do praise for their message. No matter what response the celebrity receives on their comments, it is admirable of them to use their allotted time in front of the microphone to spread a proactive message.

During the most recent Golden Globes, Michelle Williams received the award for Best Actress in a Limited Series or TV Movie. Instead of the simply thanking a laundry list of producers and managers, Williams chose to speak about her pro-choice beliefs. She said she sees her life as one of her own making, stating,“[she] wouldn’t have been able to do this without employing a woman’s right to choose.”

Williams accredits her right to legal abortion for her stability and success as a woman in the professional world. Her message is obviously controversial, as the topic of abortion is historically polarizing. I assume half the audience watching at home was uncomfortable with her unapologetic preaching of pro-choice ideologies.

Williams went on to speak on more neutral territory and encouraged women and girls to become politically proactive.

“Women, 18 to 118, when it is time to vote, please do so in your own self-interest. It’s what men have been doing for years,” Williams said.

Her speech garnered great response on social media, making it the fifth most talked-about Golden Globe event on Facebook.

When celebrities decide to make political statements of this caliber during their acceptance speeches, they must be prepared for the viewer’s opinions, both positive or negative.

Some argue those in the entertainment world do not deserve a platform to influence the public politically, thinking a given celebrity is uninformed and only echoes the liberal ideas of the west coast. Madeline Fry of the Washington Examiner wrote, "[Williams'] parroting of the Hollywood line that women need abortions is not just patently false. It’s dangerous."

My parents argued that the actors in question have little right to be such influential figures because all their words have been written for them in the scripts they read from. Even Ricky Gervais, the host of the awards show, pleaded for those in attendance to refrain from political statements, saying they were "in no position to lecture the public about anything" and they "know nothing about the real world."

Whether you agree that a celebrity deserves a position of influence or not, it is what we, as the public, have given them. The audience has the power to allow the political statements made at these types of events to be acknowledged and accepted. The most controversial speeches usually pertain to vastly liberal ideas, such as Williams’ pro-choice appeal or the bashing of the president. However, those receiving awards can help strengthen democracy by using their spotlight to encourage the public to vote.

Whether you like it or not, celebrities have a major influence over the younger generations. If it comes down to celebrities enabling young people to vote, they are at the very least using their platform for the betterment of our country.