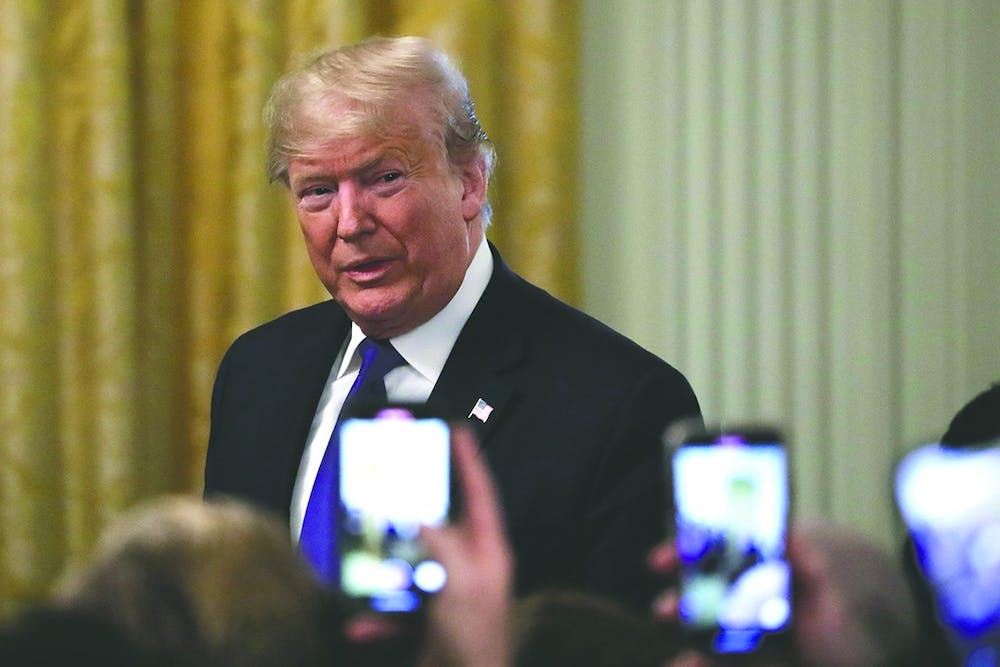 At the order of President Donald Trump, the U.S. government carried out a drone strike against Iranian Gen. Qasem Soleimani on Jan. 3. Mere hours after Soleimani’s death, the U.S. mobilized 3,000 troops to the Middle East, alarming the public and signaling that the U.S. might once again be on the brink of war.

When Trump was asked to justify his escalatory strike, he did not cite a piece of intelligence or the advice of consul, but rather an uncorroborated personal belief that four US embassies were in potential danger of attack from Soleimani. When asked if the American people had a right to know further details, he answered in the negative. They would just have to take his word for it.

For some, supporting Trump has always been an act of faith. In the 2016 presidential election, Trump’s campaign was predicated on two premises: One, “the swamp” in Washington needed to be drained, and two, he was the man to do it. Some emphatically agreed with the former and trusted him on the latter, hoping Trump’s unapologetic and politically incorrect rhetoric would translate into transparency in the White House.

However, since his election, Trump has routinely abused this trust, presiding over a markedly nontransparent administration which has regularly circumvented accountability. Additionally, Trump himself has stubbornly persisted in perpetuating easily disprovable information about his accomplishments to inflate his public perception and insulate himself from criticism. Far from draining the swamp, he has been content to wallow in it.

Thus far, Trump’s deception has not discouraged his core supporters. The Mueller report and impeachment have hardly moved the needle on Trump’s approval rating among Republicans. No matter how many times the president gets caught in a lie, they continue to take him at his word.

There are a few possible explanations. Perhaps they subscribe to QAnon and believe fact checkers, the Mueller probe and the impeachment trial are all instruments of a deep state conspiracy to impugn Trump’s character. Maybe they believe Trump, like King Cyrus in the Old Testament, is anointed by God to rule, so they extend to him an extra helping of grace when he fibs. Or, most concerning of all, maybe the lies just don’t matter to them.

Perhaps Trump’s supporters have been able to tolerate half-truths and misleading statements from him because, so far, they haven’t seen how they’ve hurt anybody. They don’t care that Trump falsely claimed to have the best economy in American history because the economy is still pretty good and that’s what matters.

His supporters don’t care that Trump exaggerated his progress on the border wall because at least he’s still pushing for a wall despite severe liberal opposition. They are willing to tolerate the president playing fast and loose with the facts because they still see Trump’s deception as useful to their interests. However, when it comes to the president’s claims on Soleimani, this might not be true.

Choosing to take Trump at his word about Soleimani could have tangible consequences for his supporters that his other dubious statements haven’t. Trusting his personal belief — uncorroborated by advisers or intelligence — and voting for his reelection could mean the difference between peace and another war in the Middle East.

In the past, Trump’s supporters have accepted his deception because it didn’t cost them anything. Now, believing him could cost them their lives or those of their children. It is crucial they take a moment to reflect: Are they willing to trust Trump even unto death? If they have any doubt, now is the time to heed it. There might not be another opportunity.