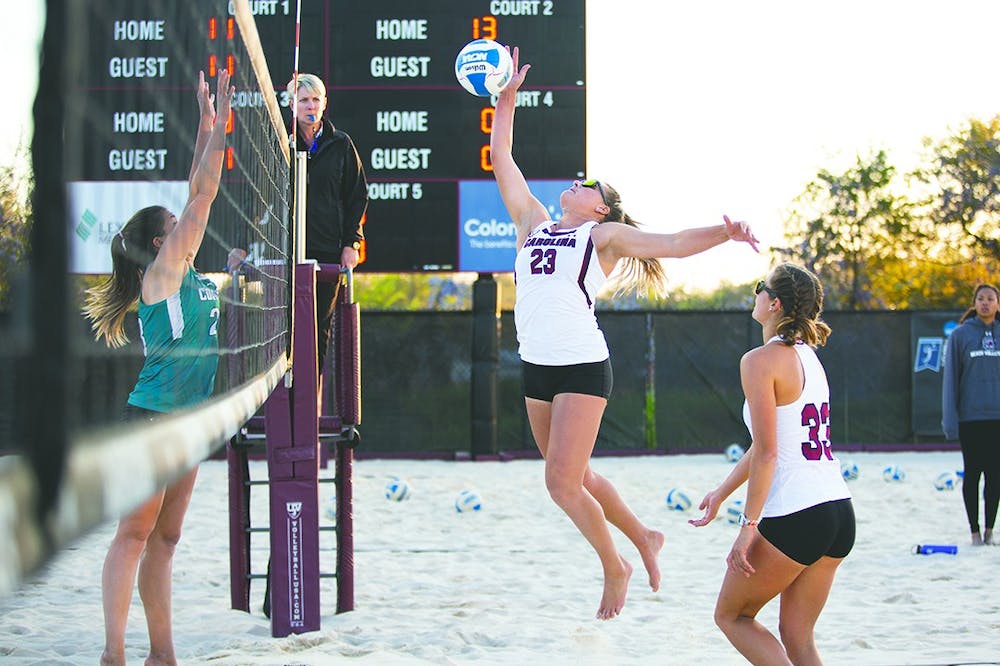 South Carolina’s beach volleyball team returns to the sand at the end of February for the program’s seventh season.

The Gamecocks look to continue their success after finishing 2019 with their fourth-consecutive 20-win season and ranked No. 16 in the country. Last season’s victories over No. 2 Southern California and No. 4 LSU were South Carolina’s first-ever wins over top five-ranked teams.

Two graduate transfers have joined the Gamecocks for the 2020 season: Morgyn Greer, who played indoor volleyball for four years at the University of Florida, and Madison Brabham, who was a member of both the indoor and beach volleyball teams at Texas A&M-Kingsville.

Head coach Moritz Moritz, who has led the program since its beginning, told Gamecocks Online he was "excited" about the upcoming season.

“The sport is deeper than it's ever been, so we need to enter every match knowing that we need to be locked in no matter who we face,” Moritz told Gamecocks Online. “We experienced the peaks and the valleys last year, so we know what we're capable of on our best day and our worst day. I expect our team to be hungry and I'm looking forward to getting back in the sand to prepare for the months ahead."

South Carolina’s schedule, which consists of seven tournaments and one standalone mid-week game against Coastal Carolina, will be tough this year. Sixteen of its 29 total matches will be against teams that finished the 2019 season ranked in the American Volleyball Coaches Association’s top-20 poll, and six matches competed in last year’s NCAA tournament.

The Gamecocks will start their season with a tournament at Florida State, where they face Cal Poly and Houston Baptist Feb. 22 and TCU and Florida State Feb. 23. The Carolina Challenge tournament will be South Carolina’s home opener, where they’ll take on North Florida, FIU, Arizona State and Mercer. The regular season wraps up at home in April with the Palmetto Invitational, where the Gamecocks will host Stetson, Erskine, Tulane and College of Charleston.

South Carolina will play a total of 13 home matches at Wheeler Beach, which is located in the Athletics Village between Carolina Tennis Center and Carolina Softball Stadium. Attendance for all home beach volleyball events is free.