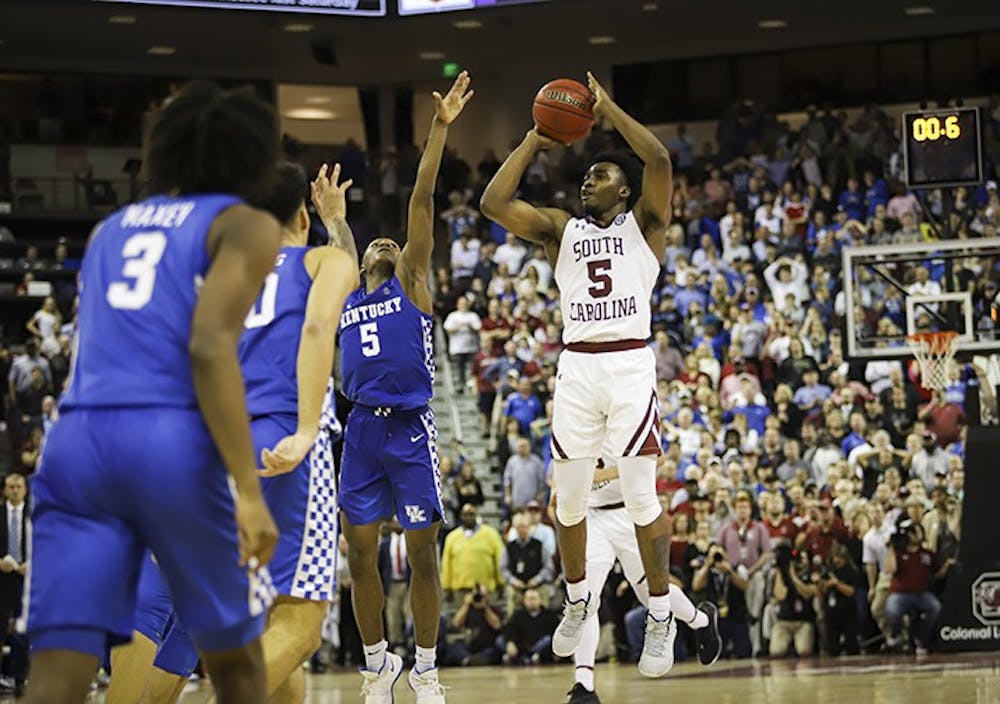 The Wildcats got out to a quick start with an 8-0 run. Sophomore AJ Lawson put the Gamecocks on the board, sinking two free throws.

Kentucky sophomore Immanuel Quickley shot two 3-pointers and raised his team's lead by nine. South Carolina’s offense made four shots in the first eight minutes and shot 24% from the field over the first half.

South Carolina got within 5 points of the Kentucky lead with under two minutes left in the first half, but Kentucky increased the lead to 33-25 heading into the locker room. Going into the break, two South Carolina starters were scoreless, and Couisnard led the team with 9 points.

South Carolina shot 52% of free throws attempted and 56% from the field through the second half.

Kentucky maintained a steady double-digit lead through most of the second half, but the Gamecocks kept up with dunks from sophomore Keyshawn Bryant and a 3-point shot from redshirt sophomore Justin Minaya. Minaya finished with 11 points and Bryant finished with 15.

The Gamecocks continued to catch up in part from Couisnard, who finished with a career-high 26 points in his first career start.

Midway through the second half, redshirt freshman TJ Moss and sophomore Alanzo Frink put more points on the board and helped the Gamecocks cut the Kentucky lead to four with a little over seven minutes left in the game. Moss finished with 10 points and Frink finished with 6.

A Couisnard layup tied the game at 68 points apiece. The Gamecocks took the lead after Minaya scored on back-to-back possessions with just under three minutes left in the game.

South Carolina's next match is Jan. 18 at Texas A&M at 1 p.m. and can be viewed on SEC Network.