Letter to the editor: Trump’s presence at March for Life energizes pro-life movement 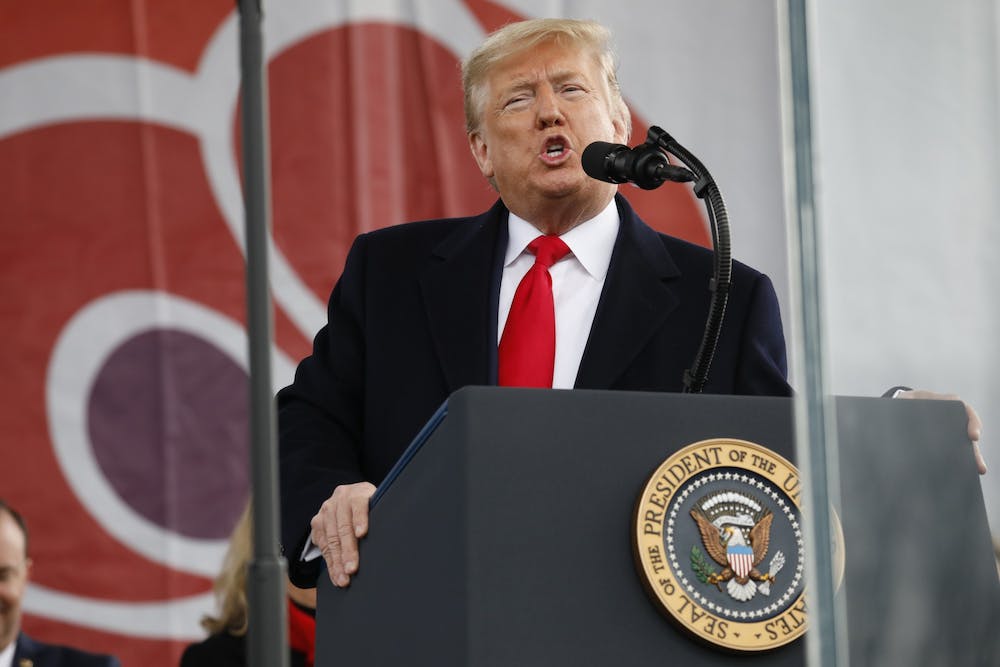 By USC Advocates for Life

On Friday, Jan. 24, USC students joined thousands from across the country at the 47th annual March for Life in Washington, D.C. For some of us, it was our first time attending. For all of us, it was an honor to be part of such a historic day: It was the first time a U.S. president attended and spoke, and it is believed to have been the largest March for Life to date.

The president’s presence spawned controversy. One headline read, “This year’s March for Life became a Trump rally.” A commentator argued the president used the event to distract from impeachment. Others questioned how those in the pro-life movement could reconcile the president’s past comments with his present stance.

For much of his adult life, Trump used rhetoric antithetical to the pro-life movement. One could hypothesize as to the motivation for his change: political gain or a true change of heart. But in the pro-life movement, we thrive on the hope that people can learn, grow and change perspectives, developing a better understanding of and appreciation for life in the womb. We welcome those who have a change of heart, even if they were once vociferously opposed.

Undoubtedly, there were political aspects to this year’s event. Attendees held up signs reading “Most Pro-Life President Ever” and “Pro-Life Voices for Trump.” At certain points, we heard chants of “four more years." In his remarks, the president noted the steps his administration has taken regarding abortion and condemned Democratic-led policies such as unrestricted access to abortion.

For pro-lifers, though, this issue transcends politics. We come from all walks of life and have all ranges of political affiliations. Democratic Louisiana state Rep. Katrina Jackson also spoke, calling for unity. People traveled from Canada, Ireland and elsewhere to participate. Even the microcosm of our charter bus illustrated the diversity of those who champion this cause: students with various political leanings, religious backgrounds and cultural heritage (Peruvian, Chinese and Mexican, to name a few). We passed time discussing universal basic income and various theologies.

Regardless of how we might feel about President Trump personally or politically, we are thankful to have his voice and presence drawing the attention of the media and the world to this issue. Having his support in such a prominent way was encouraging and energizing. His presence did not overshadow the common cause that brought an estimated 225,000 people together. Instead, it validated and highlighted it. In Trump’s own words, “We cannot know what our citizens yet unborn will achieve ... Every person is worth protecting.”

Politics aside, giving a voice to the unborn brings together people from all walks of life. At the March for Life, we felt that unity.