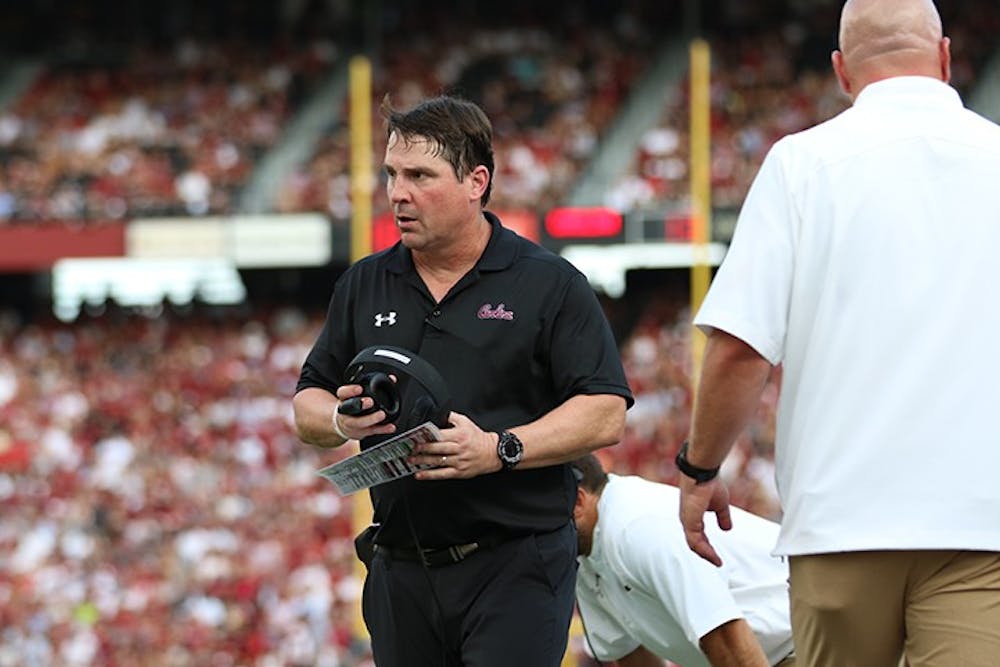 For the fourth-straight year, South Carolina football has a top-20 recruiting class. After a 4-8 season record and no bowl appearance, head coach Will Muschamp reshaped the team's coaching staff in addition to signing the No. 16 recruiting class.

The highlight of this year’s recruiting class for the Gamecocks is five-star defensive end Jordan Burch from Hammond School in Columbia, South Carolina. Burch is No. 4 in the 2020 ESPN 300, which ranks the top 300 high school football players in the country, and the No. 2 defensive end in the nation. He stands at 6-foot-4-inches and 250 pounds, and Alabama, Clemson, LSU and Georgia pursued him before he signed with South Carolina.

MarShawn Lloyd is a four-star player and the No. 8 running back in the country from DeMatha Catholic High School in Maryland. Lloyd is 5 feet, 9 inches and 206 pounds.

The Gamecocks added multiple offensive line prospects to their 2020 class, which bring a combination of size and technique to Columbia. A pair of four-stars from the Palmetto State, Alex Huntley and Tyshawn Wannamaker, top the list and are accompanied by three-stars Vershon Lee and Trai Jones. The foursome averages almost 6 feet, 3-inches and over 290 pounds.

Muschamp and his staff signed four-star dual-threat quarterback Luke Doty out of Myrtle Beach, South Carolina. Doty is the No. 4 quarterback prospect in the country.

Overall, South Carolina signed 21 players to their 2020 recruiting class, eight of whom are in the ESPN 300.