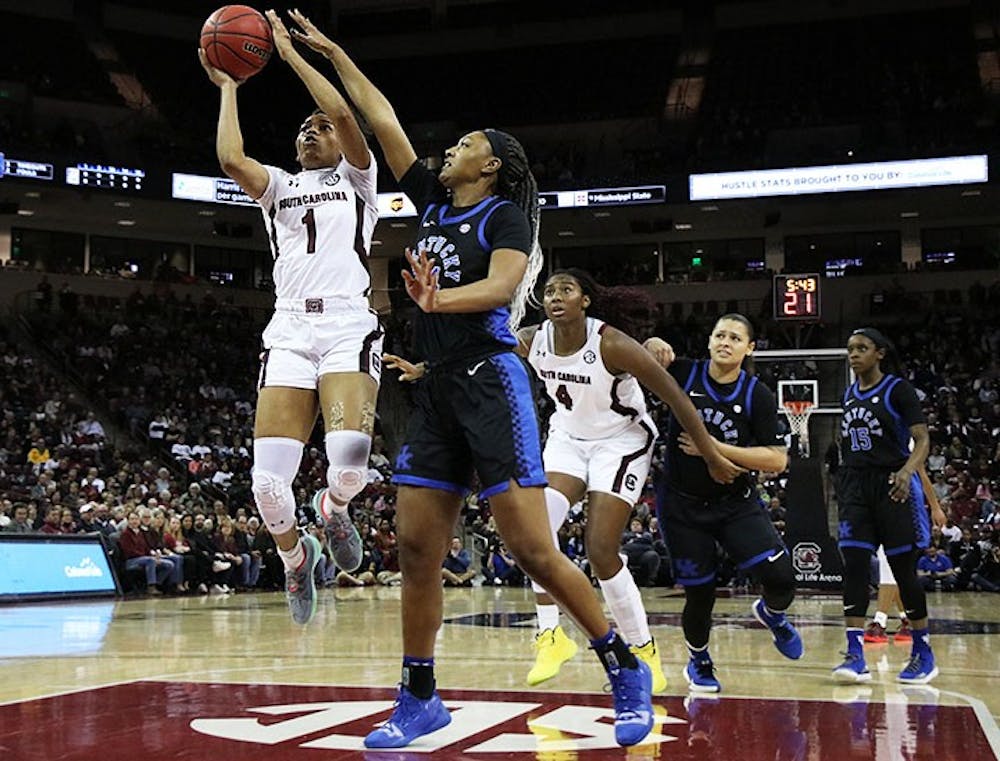 According to ESPN’s HoopGurlz 2019 recruiting rankings, Aliyah Boston and Zia Cooke were ranked the No. 3 and No. 4 best high school players in the country, respectively. Like any freshmen in college, it took time to get acclimated to being somewhere completely different. Both players said coming to South Carolina has been “fun and exciting.”

Cooke said the biggest change for her was that pace guards are "better now," but she has continued to play with "really good" people.

“The pace of the games has really changed from high school, and that’s probably my biggest adjustment, but everything else has been pretty good,” Boston said.

Upperclassmen such as Tyasha Harris and Mikiah Herbert Harrigan have led the younger players, helping them develop their skills on and off the court.

“Everyone’s going to come with something different each game, and you just have to able to take it," Boston said.

So far this season, South Carolina has beaten three top-10 teams: Maryland, Baylor and Mississippi State. Later this season, the team will play against three top-25 teams in the span of nine days: No. 23 Tennessee on Feb. 2, No. 21 Arkansas on Feb. 6 and No. 3 UConn on Feb. 10.

“It’s really just like another game: Take it one game at a time. I think we just have to prepare the same way we do for any other game,” Boston said.

The Gamecocks are No. 1 in the nation, with a 19-1 record. If they remain unbeaten in this stretch, they will have a chance to win the SEC regular season title and become a favorite heading into the NCAA tournament.

On Thursday, the team will continue its two-game road trip against Ole Miss (7-12). The Rebels are currently on a losing streak of two games. Kickoff is set for 8 p.m. and can be streamed live on SEC Network+.