Review: 'Star Wars' dies not with a bang, but a whimper 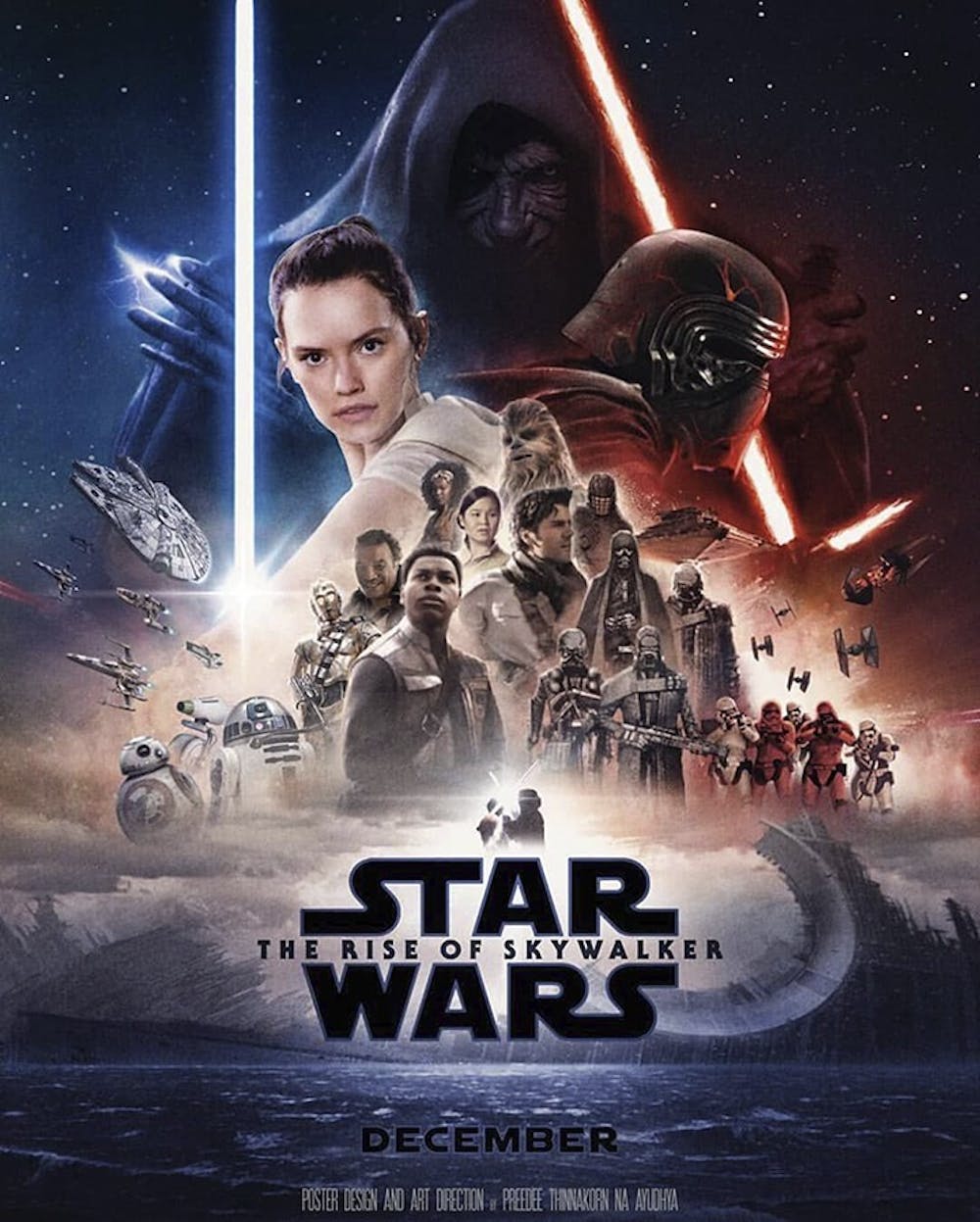 Being a "Star Wars" movie, there are certain areas where quality is expected.

The visuals are overall beautiful and the character, sound and set designs are top notch. Along with that, the visual effects are still great, and the cast, especially Adam Driver, are wonderful. Unfortunately, the praise ends there.

The biggest downfall of "The Rise of Skywalker" is the writing. Where does one even begin?

Admittedly, Abrams was in a tough spot writing this film.

"The Force Awakens," written by Abrams and Lawrence Kasdan, set up multiple questions with the intention of answering them throughout the trilogy.

However, "The Last Jedi," written by Rian Johnson and George Lucas, essentially ended all those questions with the answer, "it doesn't matter." While in some cases Johnson's interpretations worked well for the theme of the movie, it did leave the trilogy in an odd place.

Abrams, in response to "The Last Jedi," retroactively revised what happened in that movie by essentially saying, "Yes, it does matter, and here are the answers." Unfortunately, the "answers" we receive seem extremely out of left field.

Speaking of no setup, perhaps the most egregious part of the plot is the return of Emperor Palpatine.

With Snoke dying at the end of "The Last Jedi," it was clear the movie was going to either need to find a way to bring him back or create a new big bad for the movie. Instead, Emperor Palpatine was inexplicably brought back to life. Never during the movie is it explained how he has returned besides one vague line of dialogue recycled from "Revenge of the Sith."

It could be argued that bringing back Palpatine ties the entire saga together under one villain, and if done correctly, it may have worked. However, in this film it just feels lazy and uninspired.

Another flaw with the writing is the expansion of force powers.

In the last two movies, many people complained that Rey was a "Mary Sue," or a female character in fiction with no flaw or weakness, but those complaints didn't really seem accurate. However, in this film, Rey is in fact a "Mary Sue." Rey can basically do whatever the plot needs her to with little to no trial and tribulation.

This flaw is at its worst when the movie introduces a new force power, which completely breaks the story of the entire saga. With the addition of this force power, the story of Anakin Skywalker and his fall to Darth Vader would have never happened in the first place.

Another regrettable point is the way the film poorly handles the character of Princess Leia.

With the unfortunate death of Carrie Fisher, her presence in the film is relegated to reused leftover footage from the previous two films. This means that characters have to say their lines to her only for Leia to respond with simple phrases or sometimes a rudimentary yes or no.

The ending of the film is also a mess, filled with needless fan service and moments that make very little sense.

One final complaint would be the film's fast paced editing, which never gives viewers a chance to breathe when jumping from scene to scene.

"The Rise of Skywalker" is an overall disappointing end to the beloved Skywalker Saga.