Carmen Mlodzinski to 'set the tone' this season, Kingston says 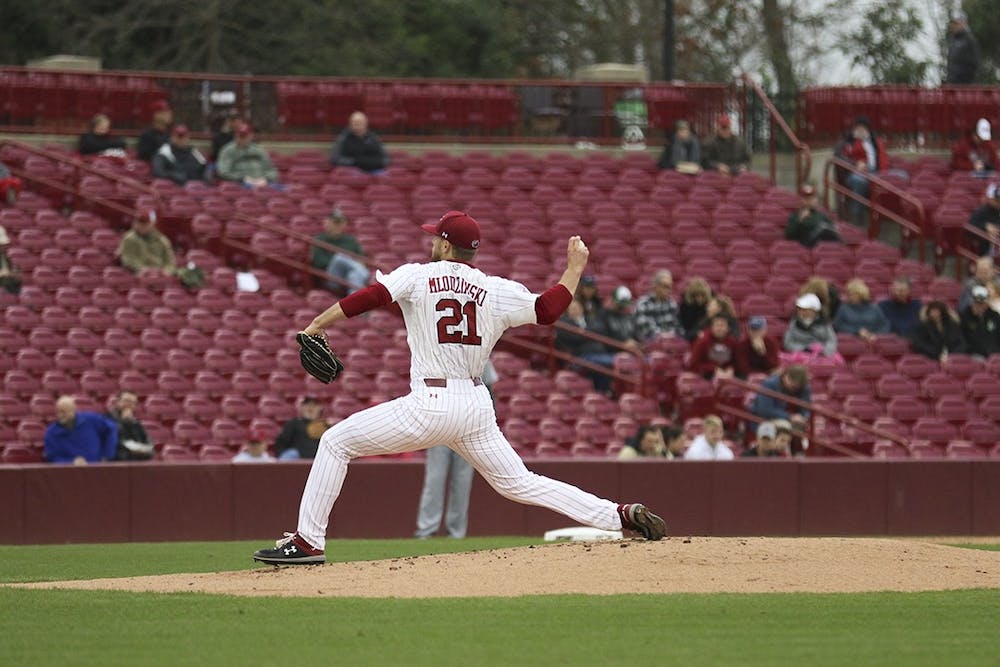 Redshirt sophomore right-handed pitcher Carmen Mlodzinski opened up the 2020 baseball season with last weekend's series against Holy Cross. Head coach Mark Kingston said in a press conference that he is looking for Mlodzinski to "set the tone" for the series and season.

Kingston spoke of the excitement regarding opening day, stating that to any lover of baseball, “those are magical words.” Mlodzinski, though, does not feel any added pressure as it's “just another game.”

While he did gain pitching experience as a Gamecock during his true freshman season, last season was abruptly ended by a foot injury extremely early on. He was shut down and given a medical redshirt for the season. However, he did receive the opening day start.

Despite not being able to pitch the vast majority of last season, Mlodzinski pitched well during his time with the Commodores.

Throughout six appearances he racked up two wins, without recording a loss, as well as adding a save to that total. He also finished with an ERA of only 2.15 and only gave up 15 hits in 29.1 total innings pitched.

Due to his incredibly strong showing over the summer, Mlodzinski has shot up Major League Baseball team's draft boards.

Fangraphs.com ranks him as the 29th best draft-eligible prospect for 2020. Draftsite.com predicts that he will be drafted 10th overall by the Los Angeles Angels in 2020 while Diamonddigest.com has him falling one spot to the Chicago White Sox at 11th.

While his time in the Cape Cod Baseball League definitely helped him gain a national spotlight, Kingston also believes the experience he gained was “very, very key” to his development and that his confidence is at an "all-time high."

His play throughout the summer cemented his status as a legitimate first-round MLB prospect heading into his redshirt sophomore season despite only pitching a total of 10.2 innings last season for the Gamecocks.

The next series of the season has the Gamecocks taking on Northwestern from Feb. 21 to 23 at home with the first game starting at 4 p.m.