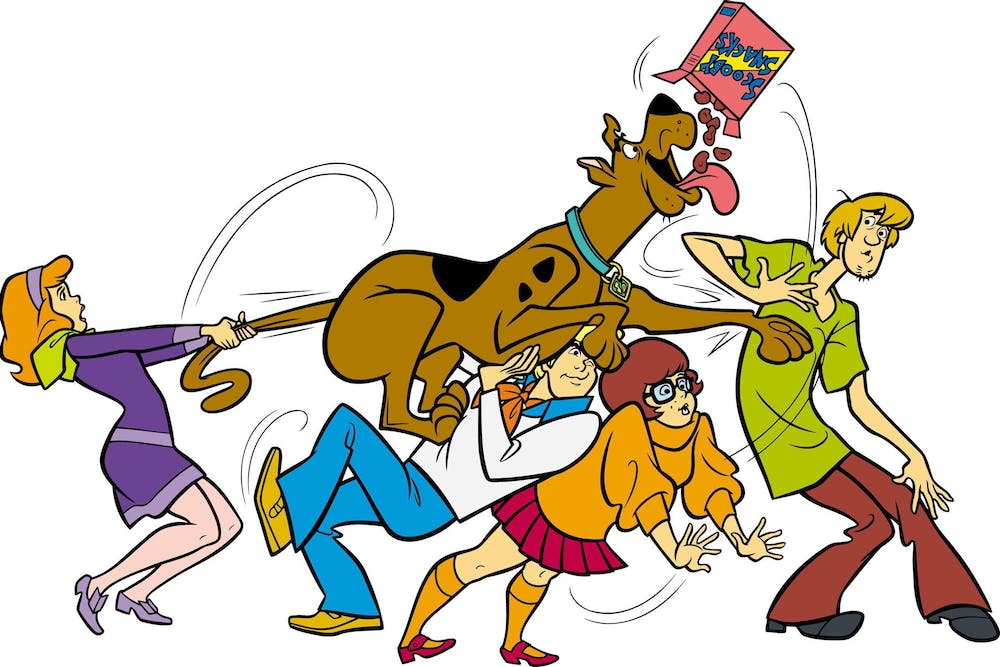 Hanna-Barbera Studios made a staggering 249 cartoon series for television, according to a portfolio for an exhibit in the Norman Rockwell Museum. That's 1,246 hours of original animation over more than 40 years, yet most people know their name because of a bunch of meddling kids and a stupid dog.

“Scooby-Doo! Where Are You?” first aired in 1969 yet can still be seen on television. Four generations of people have seen “Scooby-Doo,” likely in its original form and certainly in any of its many variants. How many media properties can say that?

It’s easy to dunk on a cheaply made, repetitive, sanitized kid’s cartoon made during the unrest of the late 1960s and 1970s. According to CNN, this even contributed to children’s media restrictions around that time since the children's entertainment industry scrambled to find alternatives to “violent” cartoons around then. Scooby Doo fit that bill, and Hanna-Barbera was glad to produce it.

So why does it matter in today’s culture?

First is the nostalgia factor. Three generations have watched some form of Scooby-Doo media, and two, going on three, have a good amount of nostalgia for it. When "Scooby-Doo" passed “The Simpsons” for most episodes of a cartoon comedy series in 2004, a BBC article included a section of comments asking readers why they thought Scooby had stuck around. People said they had watched it in the 1970s to 1990s as kids and mentioned a general “timeless appeal.” People often have a soft spot for things they grew up with, and a lot of people grew up with "Scooby-Doo."

Secondly, it’s popular. "Scooby-Doo" is the second most popular animated franchise behind Batman, according to Maryellen Zarakas, the senior vice president of franchise management and marketing at Warner Bros. Consumer Products, in a Forbes article from 2019. Viewership is split evenly among boys and girls, so parents can let their kids enjoy the same media.

Lastly, and most importantly, unlike any other properties from around that time, "Scooby-Doo" adapted. Even while the original series was popular, new "Scooby-Doo" series were aired throughout the 1970s and 1980s. “A Pup Named Scooby-Doo” was the real wild card in 1988 to 1991 because it broke the mold with a change in style, tone and substance.

All was quiet on the Scoob front until 1998, when Cartoon Network aired arguably the most critically acclaimed piece of "Scooby-Doo" media ever: “Scooby-Doo on Zombie Island” (Rotten Tomatoes and IMDB agree). Its weird, scary story and cast of characters with actual personalities gave the series a breath of new life. In the aforementioned article, Forbes said it “rejuvenated the franchise, which had fallen on hard times.”

New movies and shows followed, along with kids’ books, toys and video games. Live-action movies, cartoon crossovers and a 2010s apocalyptic comic series have reached a far wider audience than Saturday morning cartoons. Every single rendition of the same story has been different in its own weird, wonderful way. Every single generation has their own "Scooby-Doo." What other franchise has accomplished that?

It takes a considerable amount of effort to turn a cartoon that was a reaction to violent action media of the 1960s and produced on a shoestring budget into something of artistic merit and something more than just a “kid’s show” — something worthwhile.

Hanna-Barbera did something with a property that not only survived generations of changing attitudes and tastes, but embraced them. The studio was absorbed by Warner Bros. in 2001, and they haven’t made anything since. However, people still know their name. People still know their name because it appears before every episode of every story about a gang of meddling kids and their goofy dog.