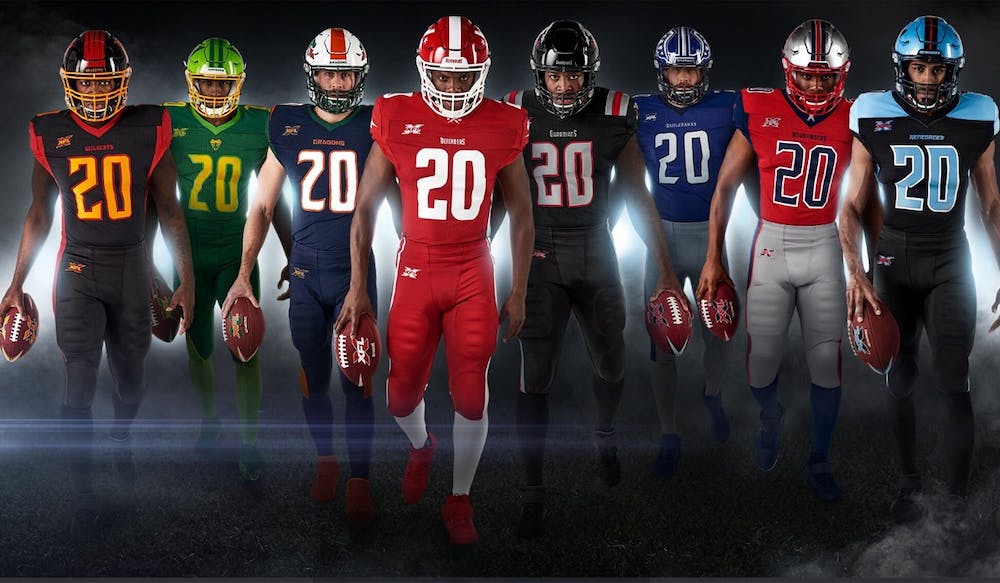 The XFL’s policies do not circumvent politics — they simply silence one side. The XFL, a new professional football league, markets its mission as “for the love of football.” Accordingly, they mandate that all players stand for the national anthem and refuse to hire players who have been arrested.

This policy is, at best, indelicate and, at worst, intentionally censoring black players.

Colin Kaepernick catalyzed NFL protests against police brutality by kneeling during the national anthem. According to Kaepernick, the act was "bigger than football." He said "it would be selfish" for him to ignore the brutality, referencing “bodies on the street and people getting paid leave and getting away with murder.”

The problem with XFL’s allegedly “fan first” policy is twofold: African Americans are 2.5 times as likely to be shot by police than white people and, according to a 2017 study, are over twice as likely to get arrested. As of 2018, the NFL, the only comparable professional football league, was 70% black. These issues of arrests and the national anthem directly affect black football players. Kaepernick did not protest without reason.

The XFL might indeed be “fan first,” but the rights of their employees are brushed aside in an effort to keep their league purely football-centric.

By refusing to hire all who have been arrested — not those convicted — the XFL puts potential black players at a disadvantage, removing those with first-hand police encounters from the picture. Any who have not been arrested and are subsequently hired are prohibited from using games to challenge blatant institutional obstacles.

While the league is likely trying to avoid controversies such as Kaepernick’s protest, these heavy-handed policies disregard the validity and delicacy of the protests. Because of the decline in viewership following Kaepernick’s stunts, it’s an easy solution for the league to ban the kneeling altogether. Because of the numerous arrests of NFL players, it’s an easy solution to bar those with records from playing.

Vince McMahon, founder of the league, poses these regulations differently. He said people want to avoid social and political issues in their entertainment, and the league is focusing on "the quality of human being” of each player. McMahon said players should be protesting on their personal time.

Neither the NFL nor the XFL should take arrests lightly, but, by preventing players with troubled histories from even entering the league, the XFL denies them the opportunity to move on from their alleged crimes. While it is understandable for McMahon to want unadulterated football, the reality of the lives of black players is more complex than his explanation.

Kaepernick was certainly not the first to use his platform on the field to comment on racial politics. In the 1968 Olympics, Tommie Smith and John Carlos used their victory as an opportunity to call for direct action against social injustice. The pair raised glove-clad hands in a Black Power salute. They wore black socks without shoes and beaded necklaces to protest black poverty and lynchings.

Smith, Carlos and Peter Norman, a white medalist who stood in solidarity, all faced harsh criticism. Norman was blocked from performing in the Olympics again, despite qualifying on numerous occasions. There is a painful history of athletic institutions spurning players who actively use their platforms to advocate racial equality.

The intersection of politics and sports is nothing new. While the XFL might aim to separate the two, they instead give the impression they are apathetic towards, if not averse to, the problems Kaepernick protested.

Kaepernick used his platform the way he did because he knew he could make a difference. That power should not be oversimplified.

When the XFL launches its first game on Feb. 8, take a moment to consider what the league stands for. The distinction between politics, race and football are not always as overt as one would expect. As you pick your teams and enjoy “the love of football,” remember the rights of those playing the game.