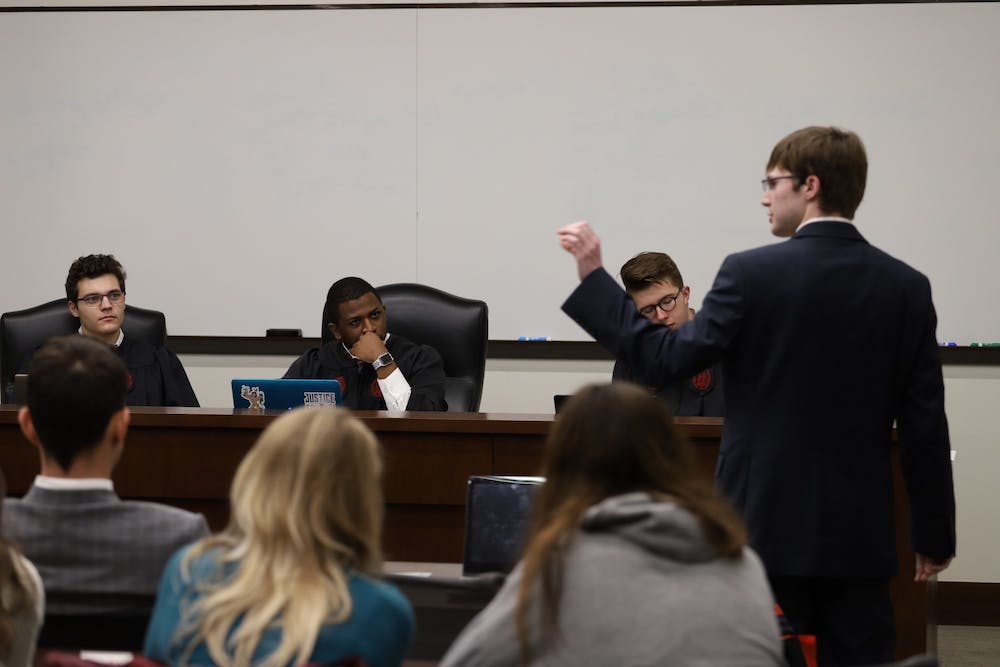 The hearing was moderated by the constitutional council chief justice Robert Augustine and associate justices Brandon Rattray and Robert Cathcart.

Undue influence is typically defined by the speaker passing judgement on specific candidates, but in this case, it is allegedly preventing a candidate from being on the commission, Schwarzentraub said.

“Let’s say the president was trying to put people on the commission who really like him. That may be an unfair form of influence, but the senate can then check that, and that’s why we have this procedure where an executive nominates and the legislature confirms,” Schwarzentraub said.

The student body president is a member of the executive office and makes appointments to the elections commission. The senate then votes to confirm or deny these appointments.

“What makes this unfair and undue is that the speaker has no formalized role in the confirmation of nominees to commissions,"  Schwarzentraub said.

If the case were to be decided in favor of Latham, Schwarzentraub said it would "open this door of a speaker potentially using their influence in the executive branch to have nominations withheld from the senate that they disagree with.”

Latham said undue influence is “the use of a political office directly on the commission or commission members for the purposes of impacting the election or elections process.”

Latham argued that if it was the responsibility of the elections commission to worry about its nominees, they would be given the direct power to nominate and remove people from its commission through the codes. According to section 4-1-40 A through H, the student body president is in charge of appointing nominees and removing any members from the commission as they see fit.

Because of this formal lack of powers regarding appointing members to their commission, there are no processes or duties of the elections commission that can be influenced, Latham said.

“They hold no formal authority, and they should be occupied with the current commission members and conducting the student body elections and inauguration as listed in their duties,” Latham said.

“How can I be exerting influence without having the ability to enforce it?” Latham asked.

The verdict will be decided by the constitutional council and announced by Wednesday at 10 a.m.