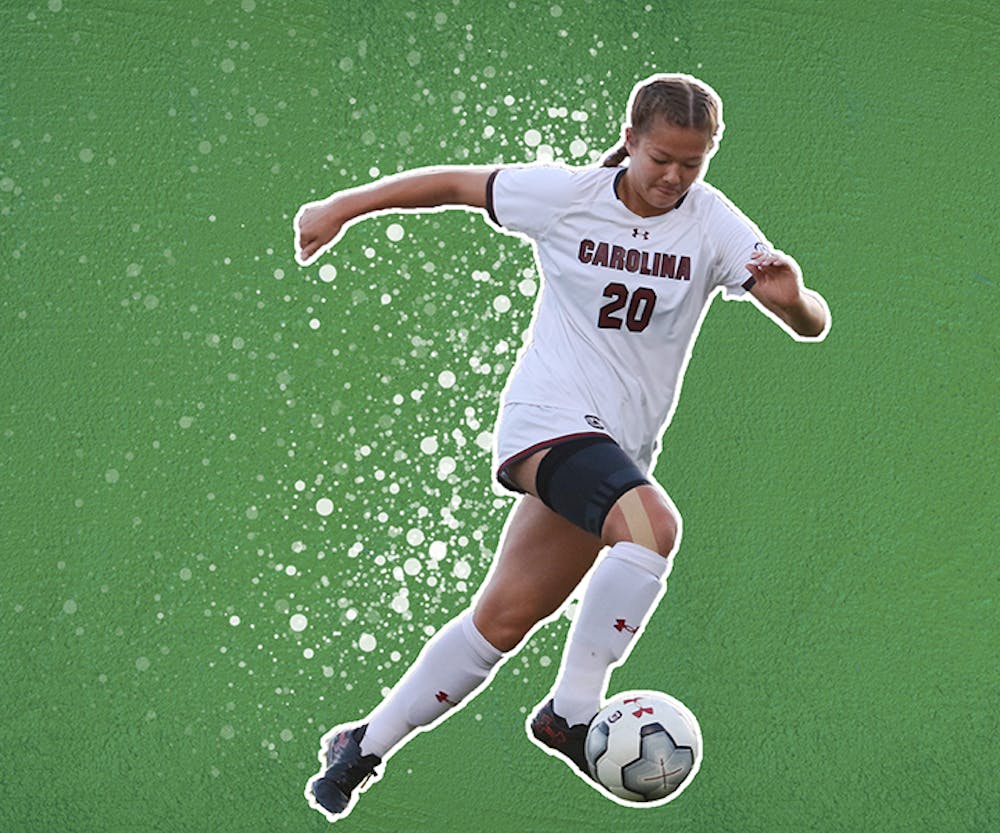 South Carolina women’s soccer player Samantha Chang is set to compete in the 2020 CONCACAF Women's U-20 Championship with the Canadian U-20 women’s national team from Feb. 22 to Mar. 8 in the Dominican Republic.

Chang, a Mississauga, Ontario, native, is a redshirt sophomore with the Gamecocks. She capped off her redshirt freshman season with two goals and three assists and SEC all-freshman team honors.

“I’m definitely extremely excited to represent my country again. At a tournament level, too,” Chang said. “I’ll get to get in, hopefully, into some games and play against other countries. So, I’m just really happy, and I’m really excited.”

Chang said the opportunity to represent Canada means “everything,” especially after she spent her first year at South Carolina recovering from a torn ACL.

“I set a goal for myself last year to get back onto this U-20 team, back into the Canadian national team pool,” Chang said. “To be selected for this team, it just validates everything that I did last year and all the work I put in every single day to get to this point.”

Chang said one of the reasons she qualified for the Canadian women’s U-20 team was because of the environment at the University of South Carolina.

“The culture here is very focused on success, so us focusing and being competitive last spring and working towards preparing for the fall season last year, it just allowed me to be in a competitive environment," Chang said. "Always continuing to try to get better and playing with players who are also trying to do that.”

This is also not the first time this athletic year South Carolina women’s soccer was represented on the international stage, as then-junior defender Anna Patten was selected to the English Senior National Team training camp in August.

“It’s definitely really awesome to see what we’re doing here pay off for us with international teams,” Chang said. “It’s really cool to relate to Anna [Patten] and her experiences on the English team and then my experience on the Canadian team.”

Now, with the CONCACAF U-20 Championship quickly approaching, Chang said she is focused on helping her team qualify for the U-20 World Cup in Costa Rica and Panama in August.

“I’m looking just to play the best soccer that I can and support the team in any way that I can,” Chang said. “Even if I’m not on the pitch, or if I am on the pitch, trying to just make as big an influence as I can to try to help the team qualify.”

The Canadian U-20 women’s national team won its first game against El Salvador 2-0 Feb 22. Its next two matches are against Guatemala on Feb. 24 and Jamaica on Feb. 26.