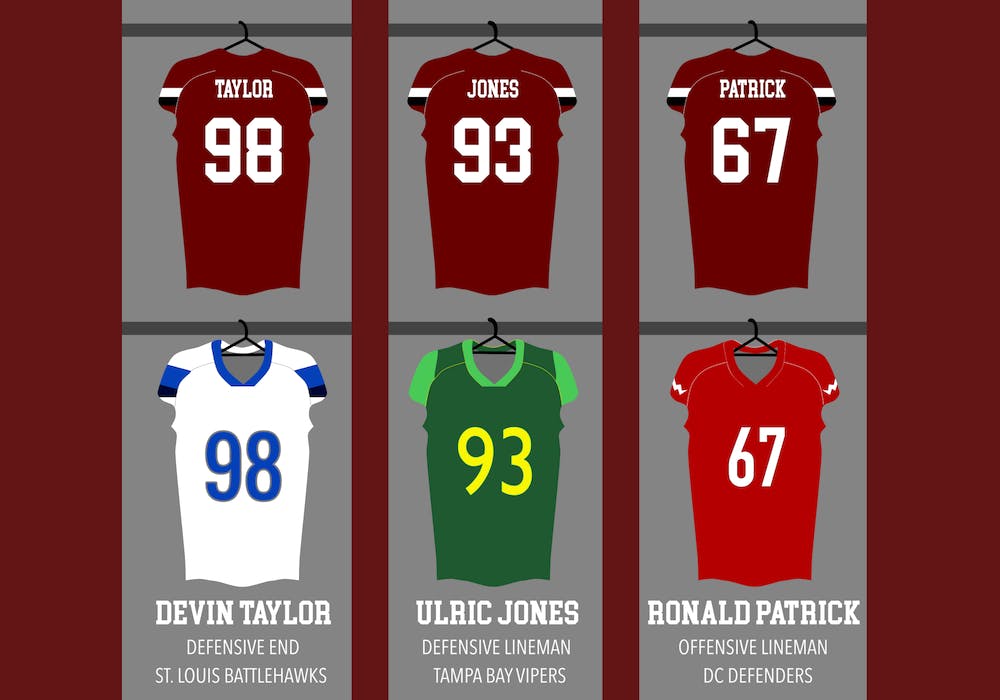 South Carolina alum look to play in the resurrected XFL

The XFL is a football league designed to keep football fans on the screens between the NFL's offseason until the beginning of the preseason for next season.

With teams from across the country, the XFL will have a 10-week season with the likes of the Dallas Renegades, Houston Roughnecks, Los Angeles Wildcats, Seattle Dragons, DC Defenders, New York Guardians, St. Louis BattleHawks and the Tampa Bay Vipers.

The idea of a spring and summer football league has been dabbled in before, with the likes of the XFL in 2001, and more recently the Alliance of American Football in 2018. Though both previous leagues declared bankruptcy, it doesn’t mean failure for the resurrected XFL.

The XFL draft took place in October, and a few Gamecocks made the rosters.

Ulric Jones transferred from Butler Community College and played for the Gamecocks from 2015 to 2017. After being redshirted by the Gamecocks, Jones played for the Carolina defense, picking up 42 tackles and a pair of blocked field goal attempts in his 2016 season. In his senior year, he played in every game of the season.

He also made an impact off the field, winning the 2017 Community Service Award.

Jones signed with the Seattle Seahawks as an undrafted rookie, but he saw no minutes and his NFL career didn’t last long.

Jones is currently on the St. Louis BattleHawks, where he was drafted in the fifth phase of the XFL draft as a defensive end.

Jones said in an interview with Al Muskewitz of East Alabama Sports Today that he's "excited about the opportunity."

Devin Taylor played for South Carolina’s Steve Spurrier from 2008 to 2012. After his first game against North Carolina State, Taylor won SEC defensive lineman of the week. In his first game, he finished with six tackles, including three for a loss, two forced fumbles and a blocked punt. In his sophomore year, Taylor led South Carolina for tackles on the defensive line and started all 14 games. He also led the team with eight pass breakups and 11 quarterback hurries. He was on the 2010 Associated Press All-SEC first team.

Taylor was drafted by and played for the Detroit Lions in 2016, where he recorded 28 tackles, 4.5 sacks and a forced fumble after starting all 16 games. He was not picked back up with the Lions and signed with the New York Giants, being released shortly afterwards.

The former Gamecock was picked during the third phase of the XFL draft by the Tampa Bay Vipers.

Ronald Patrick played a lot of offensive snaps his junior and senior seasons for the South Carolina Gamecocks. The right guard had 19 consecutive starts until his senior season of 2013, when he suffered a high-ankle sprain. Patrick earned a spot on the SEC Fall Academic Honor Roll for three straight years, embracing his role as a student-athlete.

He was selected in the XFL draft by the DC Defenders.

South Carolina kicker Elliot Fry was drafted by the St. Louis BattleHawks, but he didn't sign with the team, as he is a reserve with the Carolina Panthers.

The XFL season kicks off Feb. 8 between the DC Defenders and the Seattle Dragons, where you can watch them at 2 p.m. on ABC.