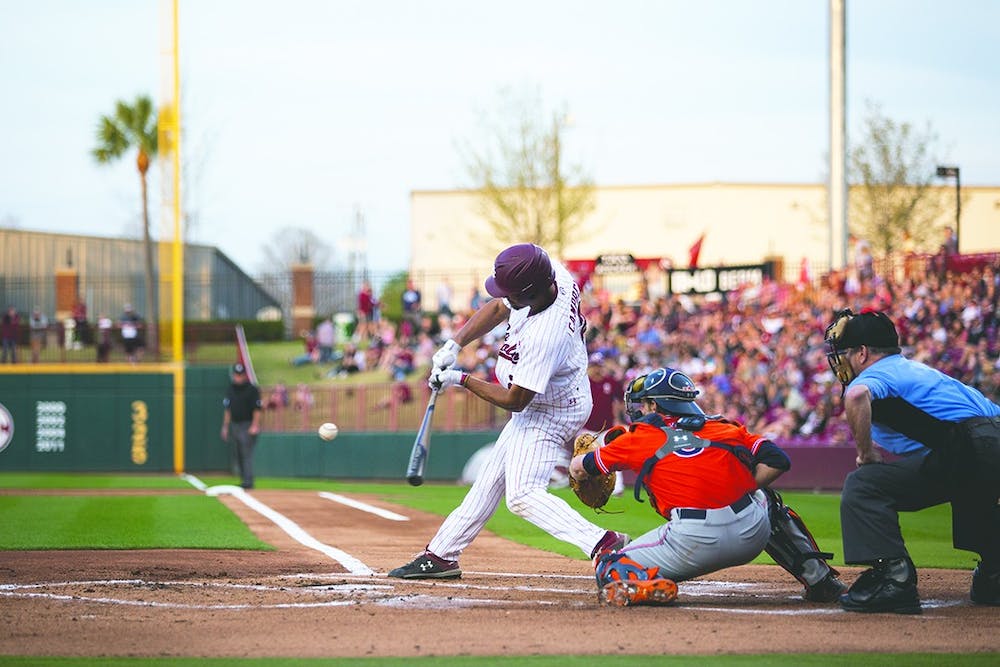 Gamecock baseball ended with a .500 record last season. Sophomore right-handed pitcher Cam Tringali expressed his frustration with that result, saying a trip to the College World Series in Omaha is an “expectation of this program.”

Last year the team had some struggles on the mound, which head coach Mark Kingston said can be attributed to lack of depth and experience in the pitching staff, as well as injuries to key arms. Kingston said he believes he has a staff with both "talent and depth" that can anchor this year's squad and keep them in more games.

While the deeper pitching should help the Gamecocks improve upon last year's results, the team will have to put the ball in play at a much higher rate to compete in SEC baseball.

The Gamecocks struggled in conference play, ending the year with a record of 8-22 in the SEC. While the pitching struggles do shoulder some of the blame, the offense struggled to consistently put the ball in play.

In SEC competition, the team had a combined batting average of .208 and 282 strikeouts. The Gamecocks were able to launch the ball over the wall 31 times.

Junior outfielder Andrew Eyster attributes this to a team-wide  “power or nothing” mentality. Kingston agreed with his veteran leader, saying he believes it restricted the offense by making it "one dimensional."

Kingston said the offense will be "much more balanced" this season. He said he believes the team now has "a lineup of more complete hitters," and the shift in approach is partially responsible.

While the shift in mentality should bring improvements, Kingston knew the offense still needed some "proven guys" to add to the lineup. He was able to bring in two new bats via graduate transfers.

Dallas Beaver transferred to the Gamecocks from the UCF and adds a dependable bat to the lineup. He hit for a .316 average, drove in 56 runs and launched 12 balls over the fence last season. He is also a reliable backstop defensively.

He is expected to be in the rotation at catcher, but he could be utilized at either corner infield positions at times this season.

Bryant Bowen, the other graduate transfer, is also expected to see time behind the plate. He, as well as Beaver, could log innings in the infield.

Bowen comes from Southern Miss following a stellar season at the plate. He racked up 11 home runs and 51 RBI's throughout the season and boasted a .341 batting average.

His ability to get on base and move runners is a huge asset to bring into the clubhouse. If he is able to get anywhere close to that level of production in the SEC, he should be a staple in the Gamecocks' lineup all season.

Kingston said he believes he has the program going in a “much improved direction," and acquiring these graduate transfers is a major part of that.

The new season kicks off with a three-game home series against Holy Cross. Fans can catch these new Gamecocks in action for the first time at Founders Park at 4 p.m. on Feb. 14.