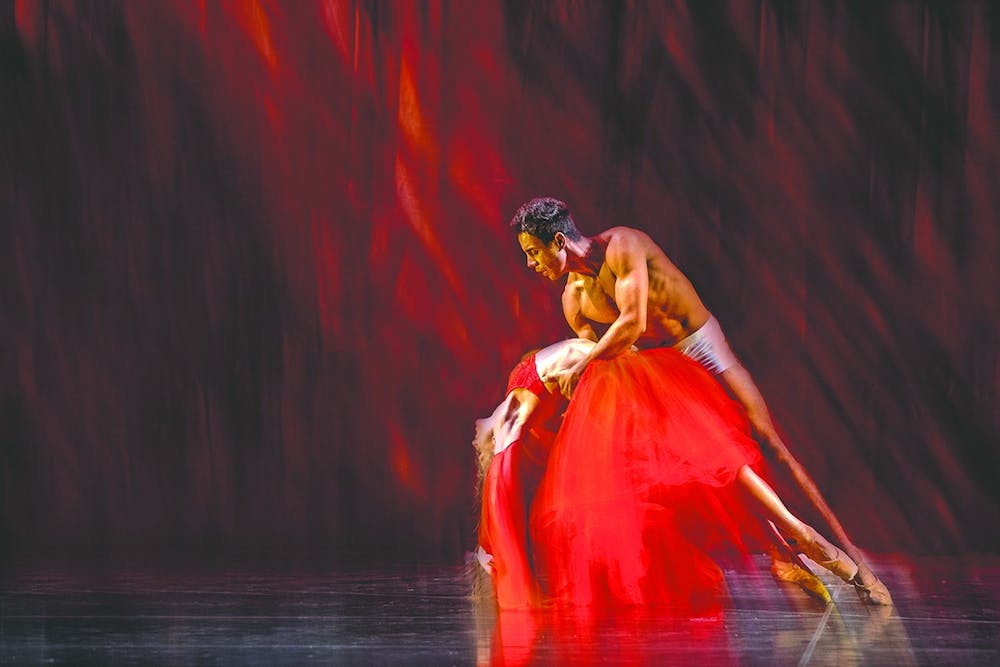 Comprised of different sets from ballets such as "Dracula," "The Hootie and the Blowfish Ballet" and "Romeo and Juliet" along with original pieces, "Ballet de l’Amour" is not your traditional ballet.

"Ballet de l’Amour" incorporates different kinds of love, from heterosexual and homosexual romantic love to platonic love and the bond shared between friends.

Columbia City Ballet will perform the ballet at the Harbison Theatre at Midlands Technical College as a special show for Valentine’s Day.

Writer and director William Starrett has been in the ballet world for over 33 years. Starrett started in Los Angeles and New York City, and he traveled the world with his dance company, performing many different pieces throughout his career. He came to Columbia to learn under one of his mentors at the time and eventually took over the dance company, helping further shape Columbia into a “dance city."

The types of love are represented through various dances, such as duets, group dances and pas de trois, a dance between three people.

"I think this is so great because you end up doing the same old thing at Valentine's, so this kind of really lets people think outside the box," Starrett said.

Columbia City Ballet usually holds its performances at the Koger Center near campus, but it switched to Harbison Theatre because the Koger Center has prior commitments on Valentine’s Day weekend.

“We have a very state-of-the-art venue; plus it’s a little smaller. We have 400 seats, so all the performances are up close and a little more real," said Kristin Cobb, executive director of Harbison Theatre.

The theater is raked, meaning the seats are staggered and no one can block your view. The stage is surrounded by the audience on three sides, which allows for a better and more immersive viewing experience.