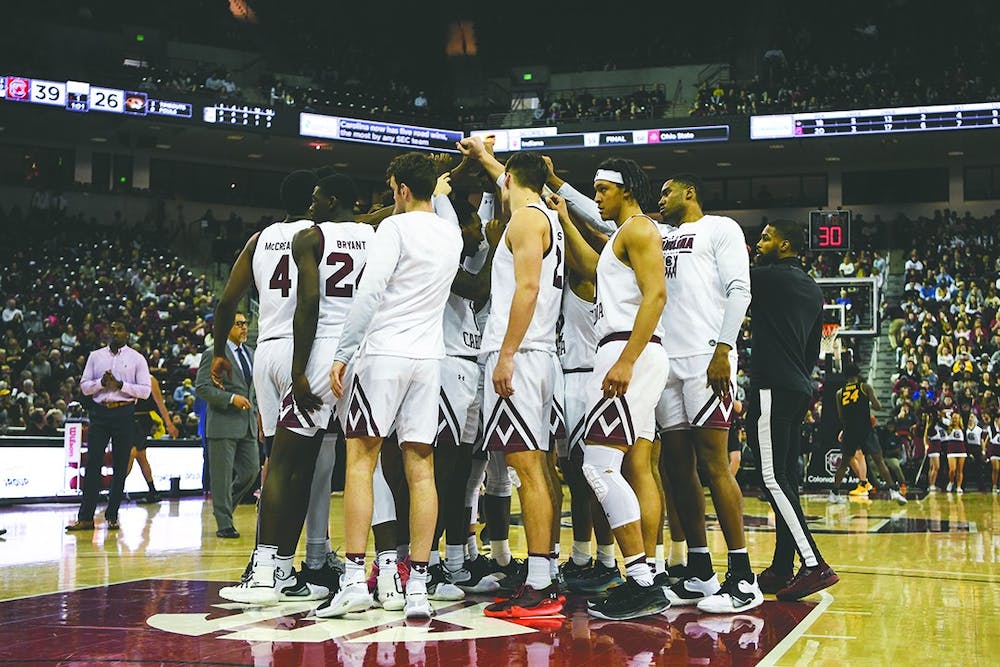 Since upsetting then-No. 10 Kentucky on Jan. 15, the South Carolina men’s basketball team has been moving in the right direction, winning six of its last eight games. Despite some struggles, the team is currently tied for fourth in the SEC standings. With plenty of basketball left to be played, the Gamecocks (14-9) could have an opportunity to play in the NCAA tournament in March.

In the eyes of the Division I men’s basketball committee, it is critical to win games against the best teams on the schedule. Thus far, South Carolina’s best wins have come against the defending national champion, the Virginia Cavaliers, 16-win Arkansas and then-No. 10 Kentucky.

To provide context, the 2016-17 men’s basketball team that reached the Final Four beat five top-25 programs. In all likelihood, the Gamecocks will have to win against another ranked team in order to impress the committee.

However, there have been times in which they have not played their best brand of basketball. In the Cancun Challenge during the week of Thanksgiving, the team lost both of its games to Wichita State University and University of Northern Iowa.

On Dec. 8, the No. 25 Houston Cougars came to Columbia and beat the Gamecocks by 20 points. Less than a month later, there was a three-game stretch in which they would lose to Stetson, Florida and Tennessee. Moving forward, there is not much of a margin for error, as a few more losses could derail any aspirations of playing in the postseason.

With nine games remaining in the regular season, the Gamecocks will be in a position to strengthen their resume in games against No. 18 LSU, Tennessee, Mississippi State and Georgia twice. Winning these match-ups against teams toward the bottom of the SEC standings in Vanderbilt will be crucial down the road.

It is also important that they come away with two or more wins in the SEC tournament. Considering they are a team  in the middle of the pack in the conference, they will need to find a way to upend some of the higher-seeded teams to potentially solidify an at-large bid for the NCAA tournament. As it stands, they average 71.5 points per game, which is 10th in the conference. Improvements will have to be made on offense if South Carolina is going to be competitive and win against the best of the best.

On Saturday afternoon, South Carolina will look to start a winning streak when the team travels to Georgia to play the Bulldogs Feb. 12 at 6:30.