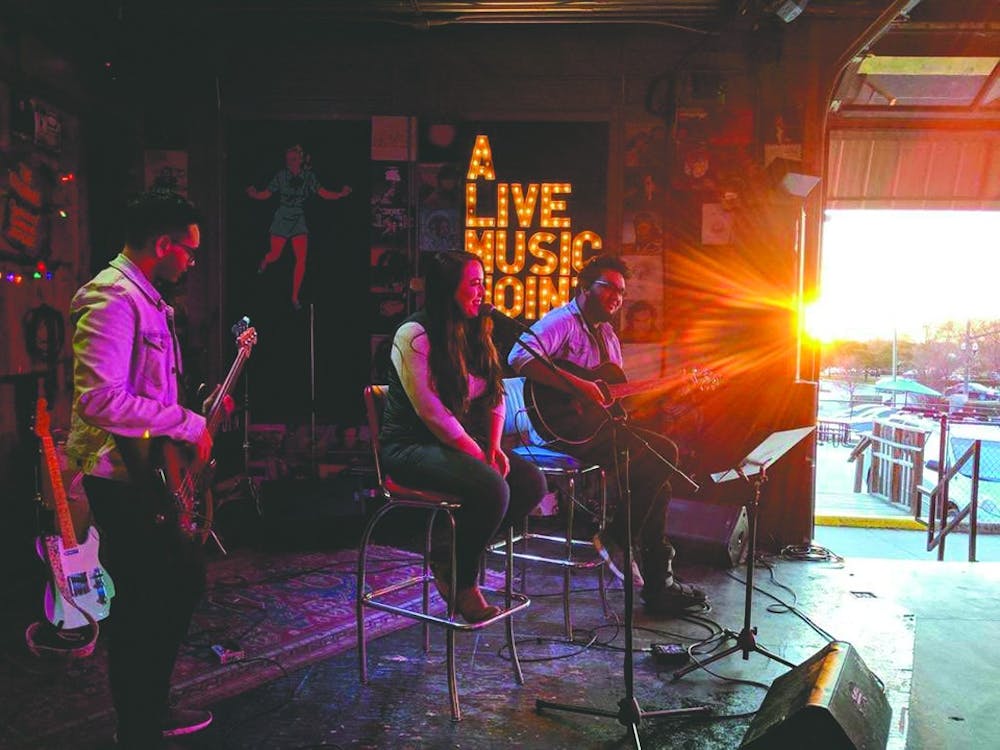 By Madison Poindexter, and Lily Shahida

Over the next five months, live music venue Tin Roof will host a wave of country artists for Nashville Hits the Roof, a tour showcasing up-and-coming artists from Nashville, Tennessee.

The free concert series will kick off in Columbia Feb. 16 with country artist Ross Ellis. To prepare for the series, Tin Roof talent buyers and entertainment managers searched for new artists that would be not only crowd pleasers but also potential breakout stars. The series was planned to give customers a personal experience with the performers and give burgeoning artists the opportunity to showcase their talent.

“The idea came out of Tin Roof, the original location, which is in Nashville,” said Thomas Glasgow, marketing manager for Tin Roof Carolinas, Baltimore and The Senate. “A lot of really now-major country acts have played there or been regulars there.”

Artists such as Luke Combs, Kacey Musgraves and Kenny Chesney have all played at Tin Roof Nashville during their careers.

“We really wanted to kind of bring that to all of our locations with a country tour and make them free shows and open to the public and give country artists a platform where they could go on a proper tour of all of the Tin Roofs,” Glasgow said.

Though Nashville Hits the Roof is packed with a full setlist of new talent, this series is also intended to be accessible to both artists and audiences. Each show is free to the public, and the artists get the opportunity to share their music at different Tin Roof properties.

Entertainment manager for Tin Roof Carolinas and Baltimore Scott Murff said showing these artists the best of Columbia could be beneficial for Columbia’s local music scene in the long run.

“We feel like we’ve always been bringing great entertainment to Columbia, but in order for us to get to that next level and to keep these higher level artists coming to Columbia, we have to show them what this market has to offer,” Murff said.

After working at Tin Roof Columbia for 10 years, Murff said family is what sets the location apart from the other live music joints.

“Some of the guys that don’t work there any longer, they still have that passion that, when we came 10 years ago, that we brought something to Columbia that was needed,” Murff said. “We were a part of something special and that continues today.”

The live music spot in the Vista, with its laid-back atmosphere and Southern-inspired bar menu, is a great spot to host artists from most genres, including jazz and folk/Americana. It’s a place for music lovers to relax during a weekday or party on a weekend, according to assistant general manager Jaryd Toohey.

“It’s a fun environment where you can get to know a lot of people and it’s always a good time,” Toohey said.

Tin Roof Columbia will host artists on the Nashville Hits the Roof tour from February to July. They are looking to add more up-and-coming artists as they are available.