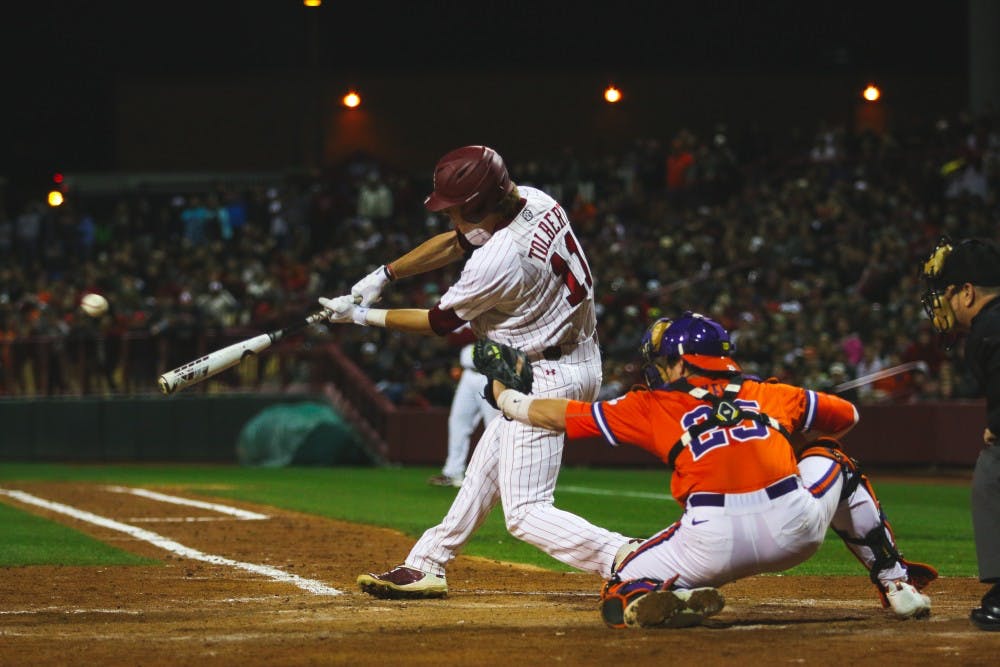 Since South Carolina and Clemson squared off on the baseball diamond for the first time in 1989, they have played a neutral site game in just three cities: Charleston, Greenville and Omaha. On Saturday, Feb. 29, there will be a new location for the neutral site game: Segra Park.

Segra Park, home of the Columbia Fireflies, will host the second game of this year’s Palmetto Series. First pitch for the “Battle at BullStreet” is scheduled for 3 p.m.

The Gamecocks will host the first game of this year’s Palmetto Series at 7 p.m. at Founders Park on Friday, Feb. 28. The third and final game of the series will be played at Clemson’s Doug Kingsmore Stadium on Sunday, March 1 at 2 p.m.

Greenville’s Fluor Field has hosted the series’ neutral site game each year since 2013, with the Tigers claiming victory in each since 2016.

“We’re obviously excited to have the opportunity to play at such a great ballpark," Tiger head coach Monte Lee told 247Sports. "This game will be a great experience for our respective fan bases, our players and our baseball programs. We’re looking forward to bringing this great rivalry to Segra Park.”

“I think this is a great evolution for the best series in America," Kingston told 247Sports. "Our state supports this at such a high level, and this will allow Columbia to host at beautiful Segra Park. We’re looking forward to bringing the rivalry to BullStreet and I know fans of both teams will continue to sell these games out.”

Clemson leads the Palmetto Series all-time 60-58. The Gamecocks can even things up with a series win or take a slight lead with a sweep. Both the Tigers and Gamecocks started the season with wins. Clemson swept Liberty in its first series of the season while the Gamecocks did the same to Holy Cross at Founders Park during the opening weekend.

The neutral-site game of this year’s Palmetto Series marks the first time the Gamecocks will play away from Founders Park this season.

Though Clemson and South Carolina have never faced one another at Segra Park before, the two programs are no strangers to the ballpark. Clemson and South Carolina have played at Segra Park once before, with the Tigers beating the College of Charleston 4-1 on March 20, 2019, and the Gamecocks falling to the College of Charleston 9-0 on May 9, 2018.

With collegiate baseball returning to Segra Park for the third-straight year, Columbia Fireflies team president John Katz, who is also an adjunct professor at the University of South Carolina, said the Fireflies are excited to welcome the two teams back to Segra Park.

"This is a tremendous opportunity for Tigers and Gamecocks fans to enjoy the neutral site game at the Ballpark Digest Class-A Ballpark of the Decade," Katz told 247Sports.

Prior to the game, a Fan Fest will begin at 11 a.m. in the neutral zone. Local band Seventy Six and Sunny will perform, and food and beverages will be available for fans to purchase as well. Fan Fest will remain open until 5 p.m. The game will start at 3 p.m.