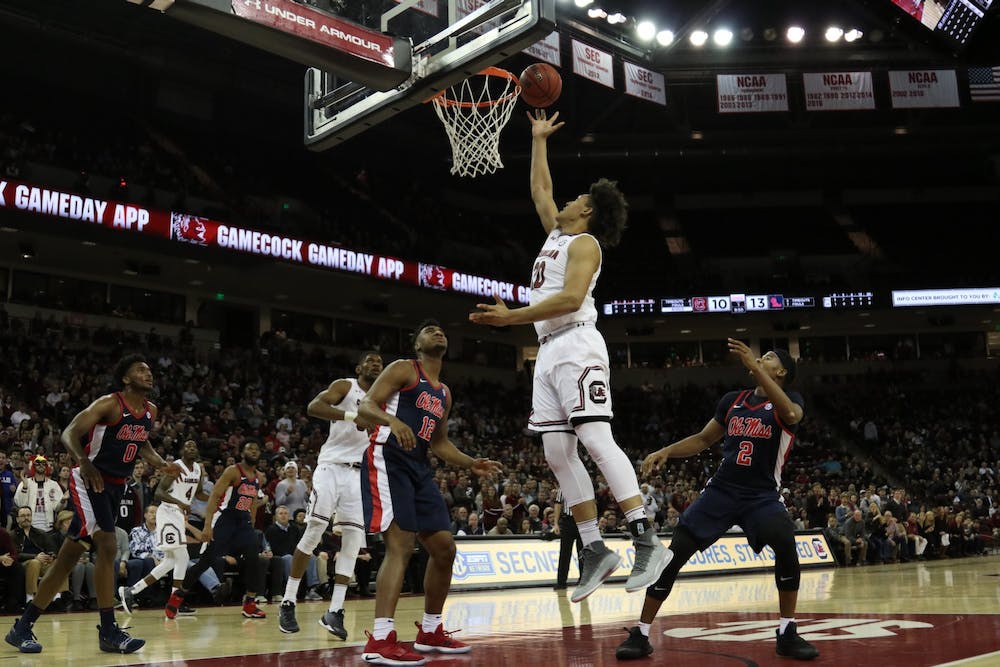 South Carolina men’s basketball continued their uneven play in an 84-70 loss on the road to Ole Miss. The loss snapped a three-game conference win streak. Ole Miss moves to 11-11(2-7 SEC) on the season.

The Gamecocks shot 78.3% from the free throw line to the Rebels' 75%. South Carolina tallied 16 assists as a team. Jermaine Couisnard scored a career-high 28 points on eight out of 18 shots and Maik Kotsar scored 19 points and eight rebounds.

The Gamecocks cut the lead to single digits in the second half, but Ole Miss answered every time with rebounding on the offensive and defensive board.

South Carolina is 13-9 overall and 5-4 in SEC play and is in a four-way tie for fifth best conference record. The Gamecocks' next game is Saturday, Feb. 8 at 1 p.m. in Colonial Life Arena against Texas A&M.