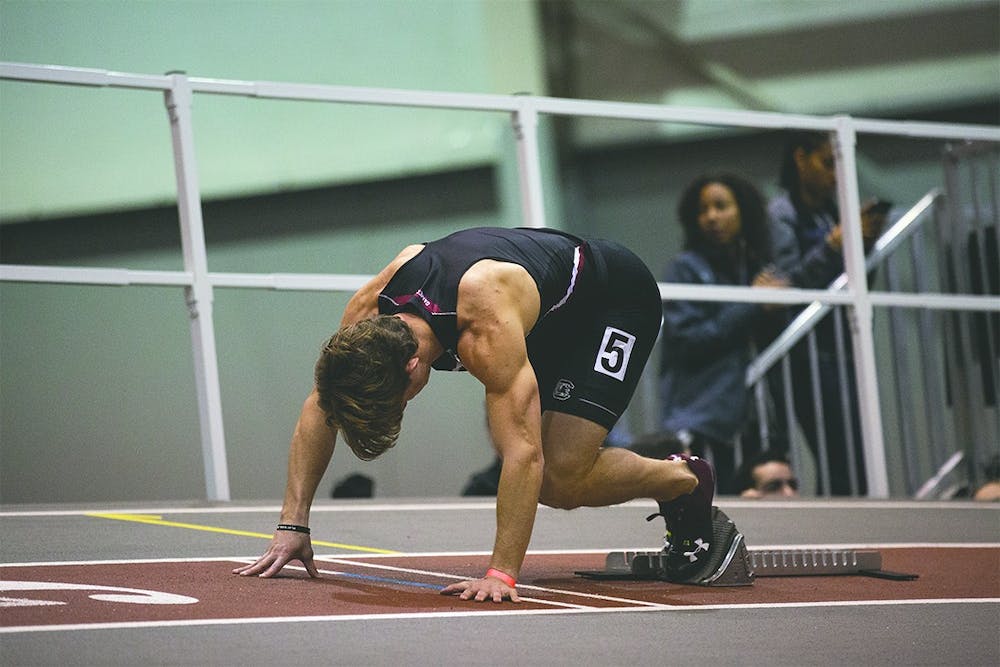 South Carolina track and field claimed multiple wins and set 37 personal bests at the Carolina Challenge this past weekend.

The Gamecocks hosted their second indoor meet of 2020, and teams from all over the country competed. Going into the weekend, head coach Curtis Frye said he and his team were excited to host such a large meet at the Carolina Indoor Track and Field Complex.

“Our kids got off to a good start at home (two weeks ago), and we’re trying to make this an intimidating place. A bird doesn’t let you in their nest without a fight, so we’re trying to make sure it’s a fight, and the fight is getting tougher,” Frye told Gamecocks Online prior to the meet.

Gamecock track and cross country came off a trip to New York over the previous weekend and now have 10 men and 14 women qualifying for the NCAA Indoor Track and Field Championships.

Junior Stephanie Davis opened the day by winning the women's 400-meter and setting the seventh-fastest time in the country.

“We can’t be better than who we are and that’s what we showed today. I was excited for a lot of our young student-athletes, especially Stephanie Davis. She was just behind her personal best, but a top-seven time in the country right now,” Frye told Gamecocks Online.

When it came to the hurdles, South Carolina had three finalists.

By the end of Friday, South Carolina had set 15 personal bests.

One notable victory for South Carolina was the men’s 4-x-400. Quincy Hall made his season debut along with EJ Richardson, Arinze Chance and William Spencer Jr. Their time of 3:06.63 clocked in as the second-fastest time in the country and the fifth-fastest indoor time in program history.

After a close race, sophomore Hannah Twine set a personal record of 17:26.11 minutes and claimed the women’s 5000-meter.

In the high jump and triple jump, Gamecock women Jordan Fields and Inika McPherson reached 1.70 meters and 1.90 meters. McPherson went on to win the event and set a world top-10 record this year.

"What stands out this weekend is how many personal bests we had. With 37 personal bests, that's all we can be is the best person we can be," Coach Frye told Gamecocks Online postgame. "It's what carries over to life. It's why we wore our [Mamba Mentality] t-shirts with pride. This just reinforces how if you put the work in you will get results like we had this weekend."

The Gamecocks will be competing at home again next weekend as they host the South Carolina Individual Feb. 7 through 8.