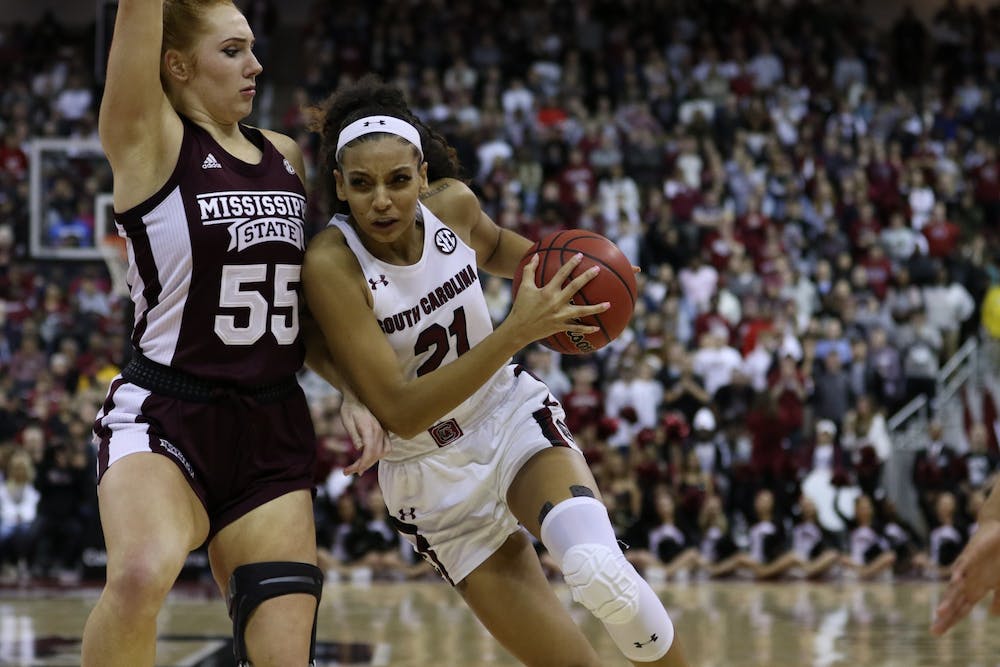 South Carolina women’s basketball defeated Florida 100-67 to extend their current win streak to 22 games. It is the third time this season that the Gamecocks have reached the century mark in points.

Senior Mikiah Herbert Harrigan led the way for the Gamecocks with 18 points on the night. She was assisted by Tyasha Harris, who finished with 16 points and eight assists, and freshman Aliyah Boston, who had 11 points and nine rebounds.

South Carolina’s offense was dominant, and they held advantages in field goal percentage with 59.2% compared to 43.5% from Florida and three-point percentage with 58.3% as opposed to Florida’s 21.4%.

The Gamecocks went on a 10-0 run at the end of the first quarter to extend their lead to double digits.

Florida was led by redshirt senior Zada Williams, who finished with 16 points, and freshman Lavender Briggs, who added 15 points. The Gators, however, were outrebounded by a margin of 16 after finishing with only 26 compared to the Gamecocks’ 42.

The Gamecocks strengthen their hold on their No. 1 ranking, which they have held for seven consecutive weeks, and are now 28-1 (15-0 SEC) on the year. Their 22-game win streak ties a program record, and South Carolina is now 12-0 on the road this season.

South Carolina’s final home game of the regular season will be at noon on Sunday, March 1, and they will face the Texas A&M Aggies with the opportunity to have their second undefeated season in SEC play in program history.