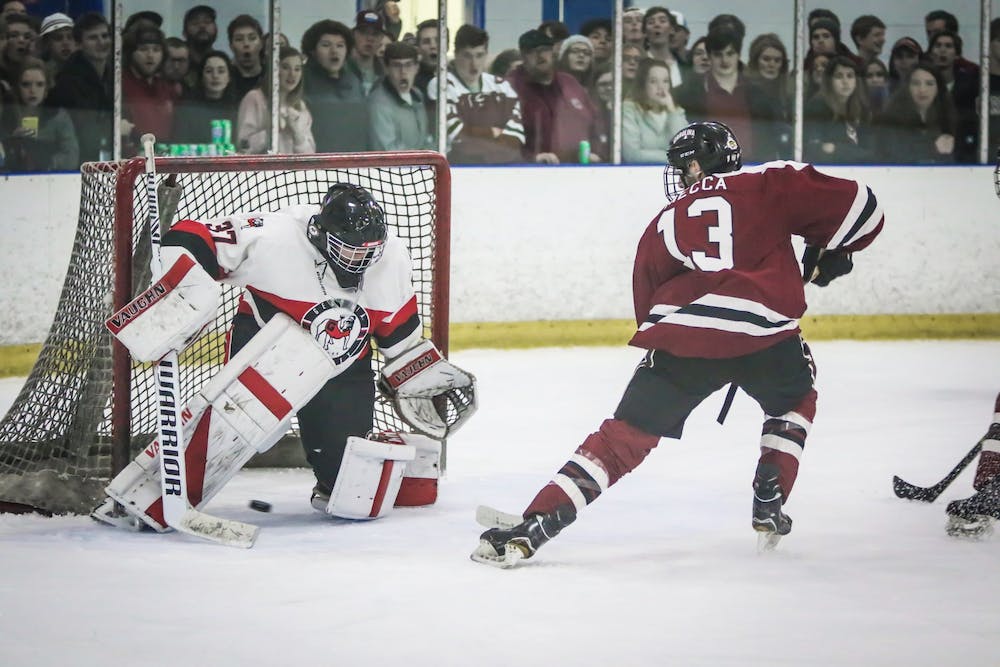 After several sports leagues in the United States elected to either cancel or suspend their games due to coronavirus concerns, the American Collegiate Hockey Association (ACHA) decided to cancel its national championship tournament, ending South Carolina club hockey’s season.

The Gamecocks were scheduled to head to Frisco, Texas, to compete for a national title after defeating Ole Miss 5-2 in the ACHA South Regional on March 8. South Carolina finished its season with a record of 22-2-1.

“We are incredibly disappointed to have to cancel our National Tournament,” ACHA Executive Director Craig Barnett said in a press release Thursday. “The ACHA apologizes for any inconvenience; however, we believe we are acting in the best interests of the ACHA’s student-athletes, their families and fans, by taking this extraordinary action.”

“Our initial reaction was definitely pretty disappointed,” Mecca said. “[Gamecock head coach Allan Sirois] texted us earlier in the week and we knew we were gonna be expecting either a postponement or a cancellation, we really weren’t hoping for the cancellation, but that’s what ended up happening anyways ... We were pretty upset, pretty sad, but not to be too upset over considering we do have next season.”

Mecca went on to say that he understood the ACHA’s decision due to the coronavirus outbreak. Sirois echoed this statement, saying it was the “right decision to make.”

“[I told the players] pretty much to hold on ... just be safe and kind of staying away from getting together and to the rink and that kind of stuff,” Sirois said. “They’re shutting down tournaments and games, and we just got to follow with that and hopefully everybody stays safe.”

Although the Gamecocks are a young squad with multiple returners on the team, a few seniors will never be able to suit up for South Carolina again after the abrupt end to the season, including forward Alexander Siegfried.

Siegfried said he was sad his career as a Gamecock ended so suddenly. However, he is confident Sirois and his team will reach the national championships again, but Siegfried wishes he could be involved.

Now, with this year’s historical season in the rearview mirror, South Carolina will be looking to make another run at the ACHA national championships in 2021. The Gamecocks will return several key players such as freshman forward Julian Reiss, who led the team in scoring, and sophomore forward Ronan Egan, who led South Carolina in assists.

“It was an amazing season,” Sirois said. “I've actually told all the guys that I was so proud of them, so proud of the effort and everything they put into it. Even though it’s very disappointing not having to get the challenge for a national championship, we all are so very young, we had 14 freshmen this year and going forward, you know, we’re gonna have another chance.”