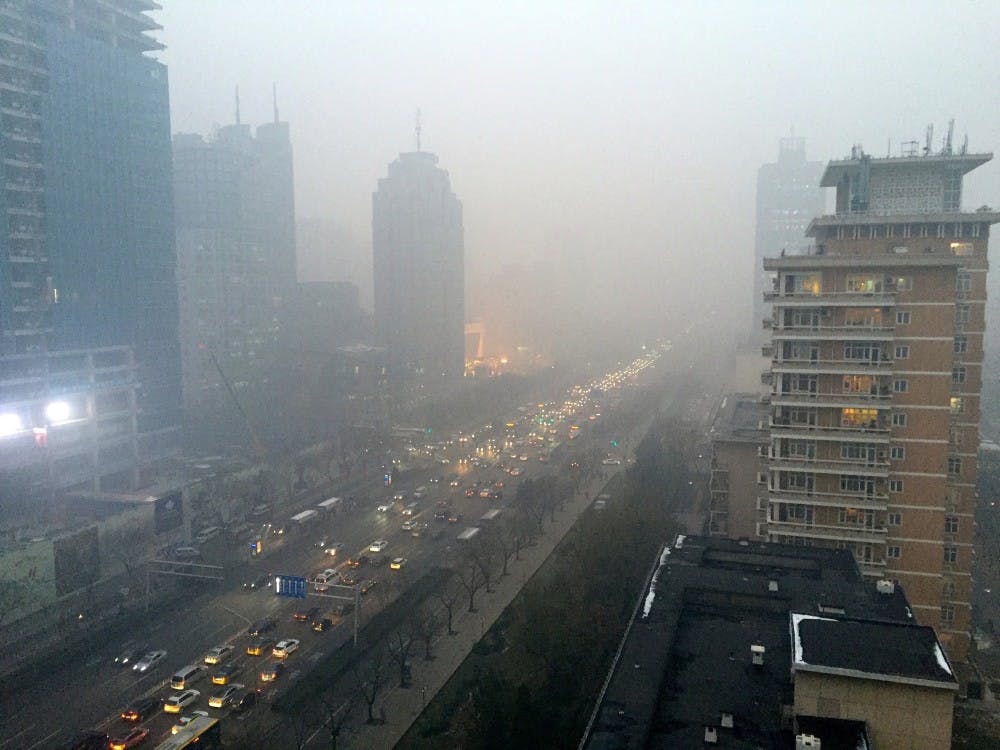 Fights for racial justice since the height of the civil rights era have led to monumental achievements, but there’s one type of discrimination that often goes unnoticed: environmental racism. It’s an insidious form of racism often overlooked in favor of grander issues, and far more attention should be paid to it.

Environmental racism is the idea that environmental degradation doesn’t affect everyone equally. A single disaster, such as Flint, Michigan, brings environmentalism in terms of racial issues back into the spotlight, but it has not gotten back to the fervor it once had in the 1970s and 1980s.

David Simmons is an associate professor of anthropology and health promotion, education and behavior, in addition to being the faculty principal for the Galen Health Fellows. Soon after graduating college, he worked for Greenpeace Great Lakes in the Chicago area. He is from Chicago, and he said it's a place where environmental racism can be seen prominently.

“If you look at where incinerators are located, or where landfills are located, they're typically in the Chicago area on the near west or south side,” Simmons said.

When traveling from Chicago to somewhere further southeast, such as Gary, Indiana, there was always "a notable difference in air quality,” Simmons said, because of "huge landfills" and incinerators burning methane gas.

Particulate matter, which is known to cause a long list of severe health problems, can come from coal processing plants and general snog, soot and ash associated with factories. Levels considered unhealthy for humans are associated with more racially segregated areas, according to a 2018 study by the EPA’s National Center for Environmental Assessment. This study also found that people of color are more likely to live near polluters and black people breathe in 1.5 times more particulate matter than white people.

This extends far beyond factories, though. Superfund sites, controlled by the Environmental Protection Agency, are the most contaminated areas of any kind in the country. In South Carolina, 55.9% of black residents live within a Superfund site.

This is a nationwide issue. Brownfields are similar sites that have less of a threat to human and environmental health, but 47.1% of all racial minorities in America live within three miles of a site.

The most determinate factor for seeing if someone lives near a solid waste facility in South Carolina isn't wealth or income, it's race.

The most noticeable health problems from pollution often affect the respiratory system.

“You see noticeable spikes in certain types of diseases,” Simmons said. “Particularly asthma, adolescent asthma; in other parts of Chicago, you may see cancer clusters.”

People of color and low-income people report the highest levels of environmental concern, but this is often unknown by those who create environmental policies that affect these groups of people.

This issue affects the health and livelihoods of millions of people. Yet, for the most part, white people dominate the environmentalism conversation.

“Even when I was working for Greenpeace, and this was years ago, in, like, the late '80s, early '90s, a lot of people were not very knowledgeable about environmental racism," Simmons said. "It was usually just a small number of people that were aware of it.”

What can be done? At the highest level, vote people into office who care about this issue. At the personal level, educate yourself and the people around you.

“I think we risk becoming a lot more insensitive and intolerant to other people, other cultures," Simmons said. "The antidote for that is being able to, kind of, step outside of our bubbles a little bit and be able to see these interconnections.”

“Knowing that if that is a population that is being exploited and marginalized, you know, that has implications for us, as well,” Simmons said.