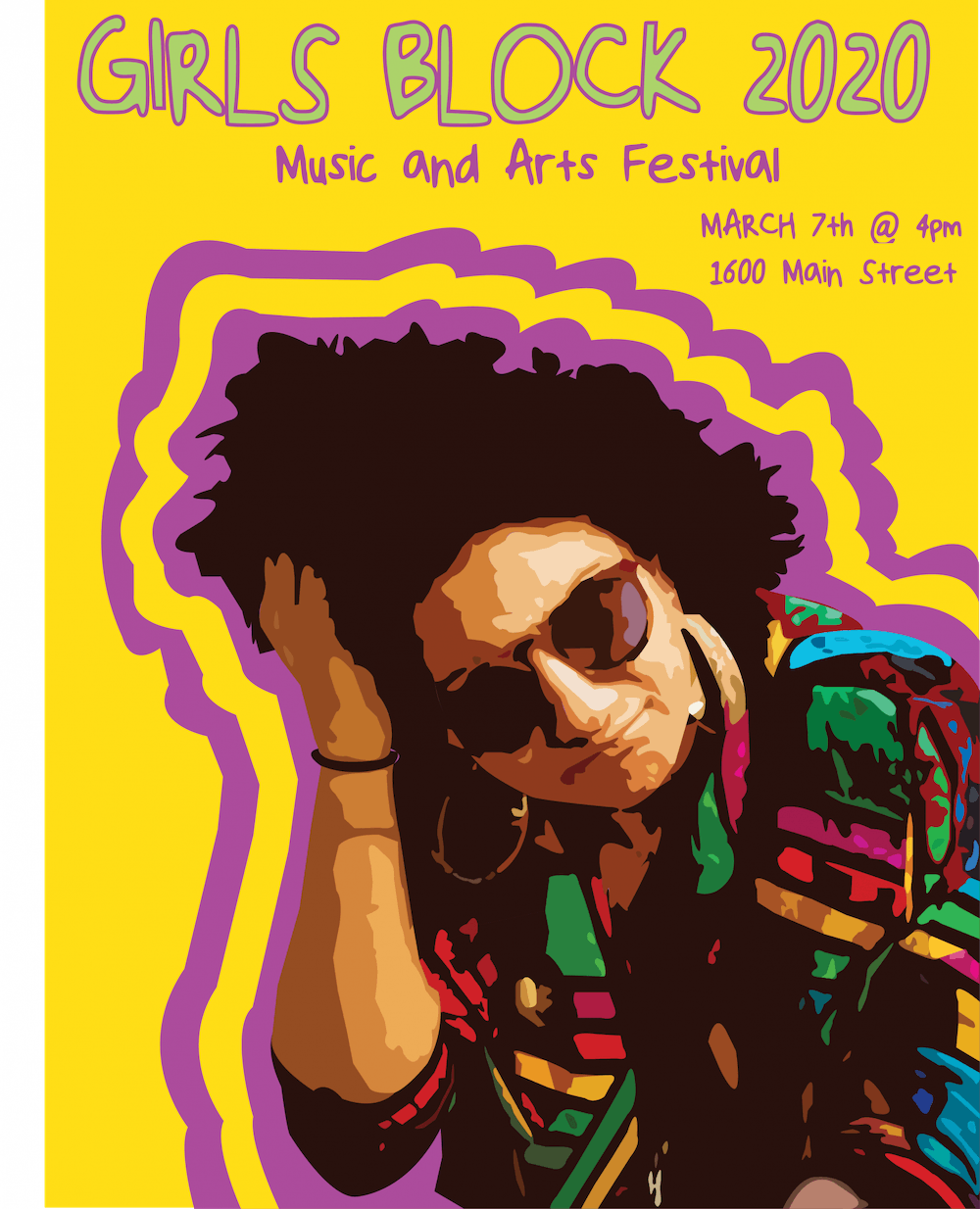 “There needed to be an opportunity for women to put their voice out there and to grow from there,” Hunsinger said.

Hunsinger and Baldwin have known each other for nine years and met through musical theater. Several years later, Baldwin said, the two came up with the idea to create a “lady festival.”

Hunsinger said what stops most women from claiming their own songs and artistry is their fear.

According to Baldwin, what started as a simple bar crawl with performers at each bar eventually expanded. As word quickly spread, Hunsinger and Baldwin found themselves inundated with requests from others who wanted to participate.

The Girls Block Festival has evolved from its modest roots into a full-blown music and arts festival aimed at promoting local female music groups. As a celebration of International Women’s Day, the festival will feature 18 musicians and other performers and artists and over 30 vendors.

While the festival will be two years old this March, it has already had an impact on local female music artists, with new groups and bands forming, including one featuring Hunsinger herself.

“There was this article in Free Times where — I thought it was pretty cool — that mentioned how Girls Block had an influence on more women coming out in the music scene," Baldwin said.

Girls Block is open to everyone, and with a mission to back female artists, it could serve as a stepping stone to bigger opportunities for its performers.