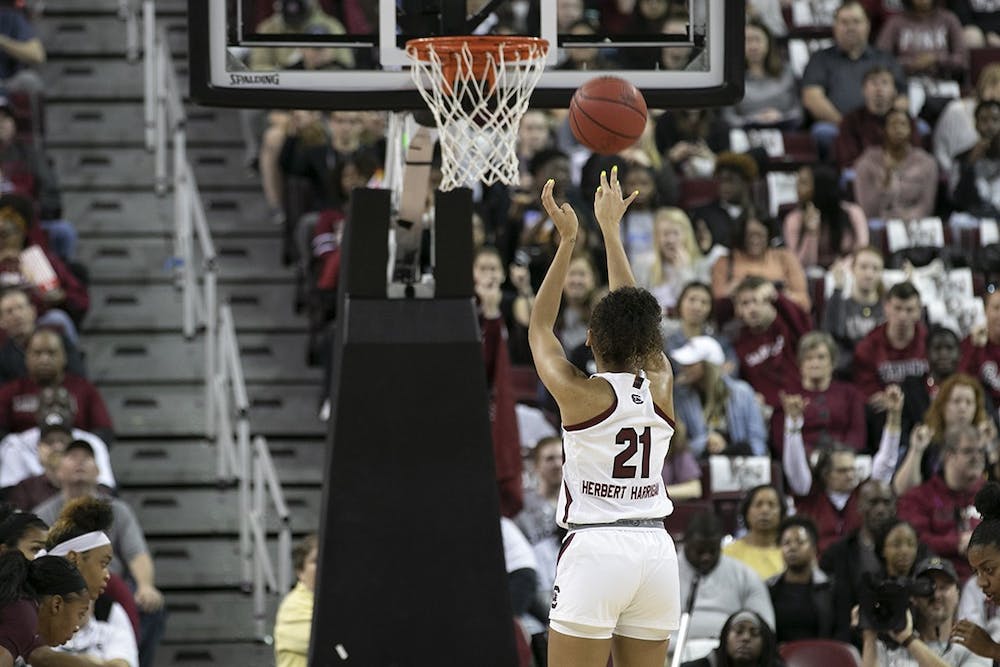 The Gamecocks closed out their regular season with a 60-52 win over the Texas A&M Aggies, finishing the season undefeated in the SEC.

Senior forward Mikiah Herbert Harrigan and senior point guard Tyasha Harris were honored before the game by head coach Dawn Staley and President Bob Caslen for their careers as Gamecocks, as today was Senior Day.

Herbert Harrigan led the Gamecocks' offense with 20 points, followed by freshman forward Aliyah Boston with 13 points and Harris, who had 9 points and six assists. Boston led the team's defense with eight rebounds along with Herbert Harrigan, who finished the day with six defensive rebounds and three blocks.

South Carolina's offense outscored Texas A&M in three of four quarters and ended the game with a 37.3% field goal percentage. The Gamecocks also led in defensive rebounds, with 32 compared to the Aggies' 27, and had a total of eight blocks throughout the game.