Gamecock Javon Kinlaw selected in first round of NFL draft 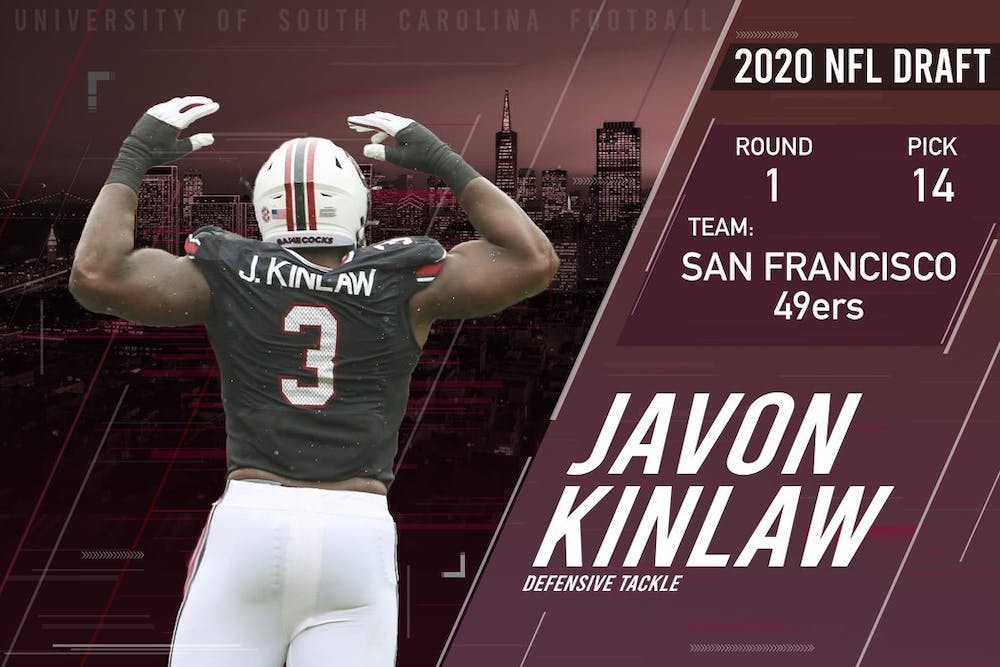 Senior Gamecock defensive tackle Javon Kinlaw was selected in the first round of the NFL draft Thursday night.

Kinlaw was selected 14th overall by the San Francisco 49ers, following a trade down with the Tampa Bay Buccaneers.

Last season, he finished with 35 tackles and six sacks and was named an AP All-American. Kinlaw was also named first-team All-SEC by the coaches.

Kinlaw's pass-rush grade from Pro Football Focus was No. 1 of all defensive tackles in 2018 and No. 2 in 2019. His success on the field led to his draft stock climbing all year, and draft analyst Mel Kiper predicted him to be selected in the top-15 picks.

He will be joining a top-tier 49ers defense, adding depth to the squad. Kinlaw will join former Gamecock teammate Deebo Samuel in San Francisco and look to add youth and athleticism to the team's defense.