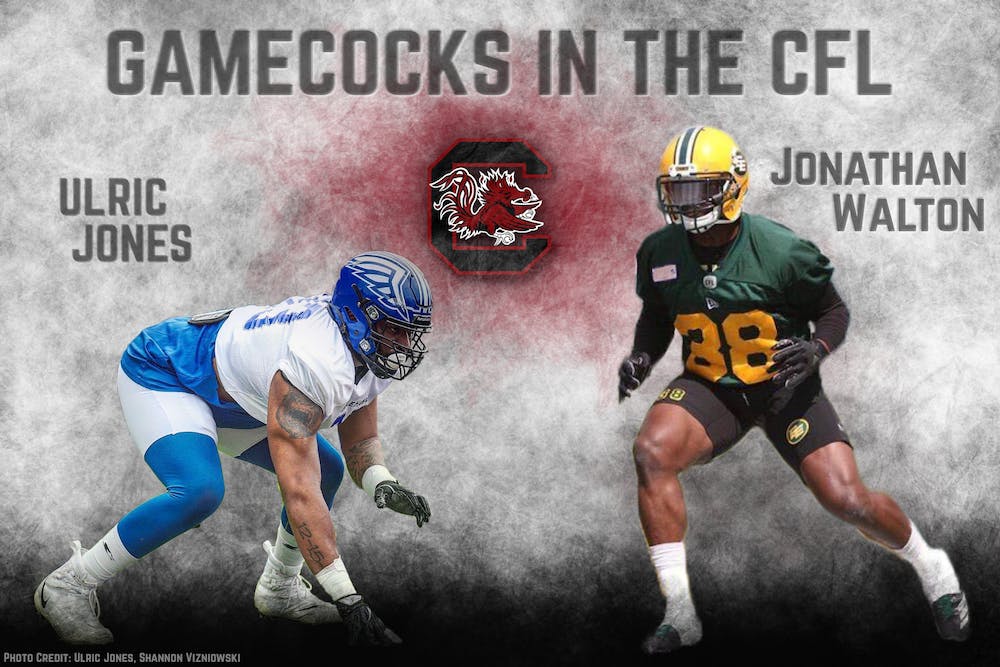 The future of the 2020-21 football season in the NFL and NCAA is up in the air due to COVID-19 concerns, and the NFL’s Canadian counterpart is already feeling the effects on its football season.

The Canadian Football League (CFL) announced April 7 that it would not hold any games earlier than the beginning of July.

“We realize there are more important things on Canadians’ minds right now than games of any sort,” CFL commissioner Randy Ambrosie said in a statement. “But we also know Canadian football has long been a source of pride and unity for our country and – when the time is right – we can play an important role in its recovery.”

The 2020 CFL preseason was originally scheduled to start on May 24, and the regular season was slated for a June 11 kickoff.

This delay has not only affected Canadian-born players, but players that grew up in the States, too, including former Gamecock linebacker Jonathan Walton of the Edmonton Eskimos and former Gamecock defensive lineman Ulric Jones of the BC Lions.

“It was definitely shocking, definitely a turn of events,” Walton said. “I definitely enjoyed last year [in the CFL], very beautiful out there. So, it really shocked me, and I had to stop my plans, and I had to change the plans because of the news.”

This delay of the CFL season was announced almost four weeks after other professional leagues, such as the NBA and NHL, suspended their seasons and the NCAA’s March Madness was canceled due to COVID-19 concerns. Both former Gamecocks said they had a sense the same would happen to the CFL.

“I feel like, if things like March Madness and the NBA can get cancelled, then there ain’t no telling what could be shut down,” Jones said. “Those are two big, major sports platforms that draw a lot of attention, draw a lot of income.”

While many CFL players might be disappointed to have to wait a bit longer on their season, Jones is only now about to enter a new era in his football career. The 2020 season is set to be Jones’ first season in the CFL as he was signed by the BC Lions in February after a short stint in the now-defunct XFL, but with the delay, his rookie season is now on hold.

“I’m kind of [a], ‘Let’s get up and go’ type person,” Jones said. “So, just having to wait already gives me great anticipation, but I’m excited; I’m training hard.”

After the CFL and many other leagues shut down their facilities to further prevent the spread of COVID-19, many players are coming up with alternative workout routines to stay in shape, including Walton.

“Quarantine workouts, man,” Walton said. “[I’m] at home as much as I can; working out, if I can get an open field I can get my feet on.”

With the rest of the CFL season uncertain, both players said words of support for everyone affected by the coronavirus.

“Need everybody to stay home, and I definitely appreciate South Carolina for getting me in this position and the family there and the organization that helped me to get me where I’m at today,” Walton said. “Stay positive and keep a positive mindset, and we’re going to get through this together.”