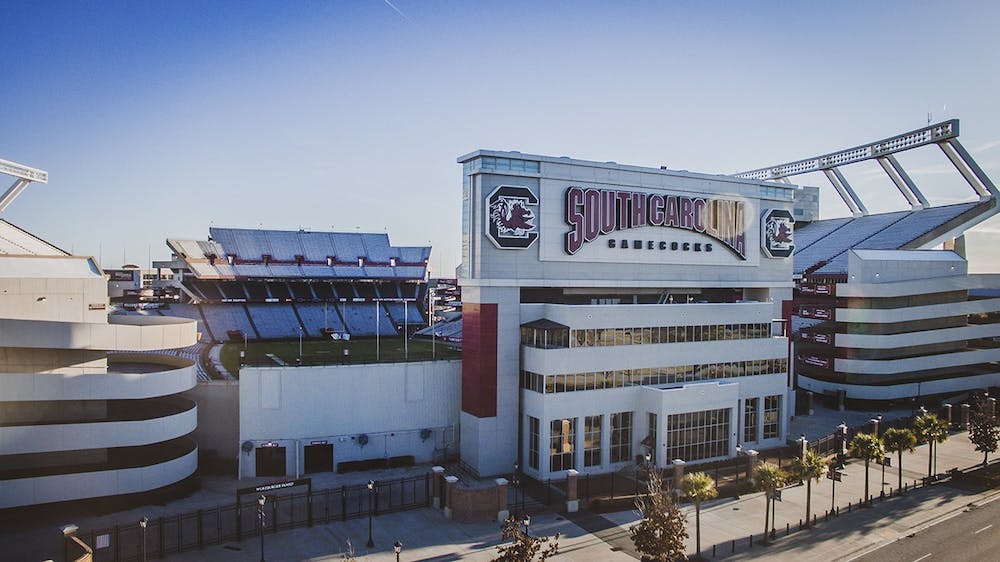 Spring football at South Carolina and other universities around the country have come to a halt as COVID-19 poses a threat to the health and safety of the athletes involved.

"There’s much going on in the world around us, unique and challenging times, certainly, and interruptions to our daily lives that we’ve not experienced certainly since 911, and not in this way, at least in my lifetime," SEC Commissioner Greg Sankey said in a media teleconference on March 19.

On March 17, the SEC announced all spring football games and pro days would be cancelled.

"Although I completely understand why it couldn’t take place, it is still disappointing that the spring game couldn’t take place," Hannah Wood, a second-year early childhood education student, said in an email interview. "My dad and I have gone to the spring game for as long as I could remember, and it was always entertaining for me to see Gamecock greats like Dawn Staley and Darius Rucker insert themselves into the plays."

For fans, not having a spring football game also means that they don't get an inside look at how the freshmen who enrolled early for the spring semester are adjusting to the team.

Additionally, these freshmen are losing practice time with their new team.

South Carolina, however, was one of just a few schools to fit in several days of spring practice before the athletes left campus.

"It's hard to ever really put your finger on what a guy can do 'til you actually coach the guy and you feel comfortable," head football coach Will Muschamp said in a media teleconference on April 6. "Those five practices were extremely beneficial for us to get us pointed in the right directions."

On March 13, the NCAA announced an immediate ban on in-person recruiting for Division I schools. It was encouraged that universities also suspend official and unofficial campus visits. The ban has recently been extended through May 31.

However, coaches are still able to contact prospective student-athletes via telephone or email.

"Every university that has a football program is in the same boat on an equal playing field," third-year finance student Jason Hoffman said. "It will come down to how bad do you want it."

For Gamecocks heading to the NFL draft, no pro day means missing out on an extra shot to prove themselves worthy of a chance to play at the professional level.

Bryan Edwards, a former wide receiver at South Carolina, could have used this day, especially considering that he broke his foot preparing for the NFL combine and was unable to participate in physical testing.

"The power of social media really comes into play here," said first-year visual communications student Brodie Perry, who is a new and creative media intern for Gamecock Athletics. "As I have seen athletes either work out and have someone make like a video for them to show off the skills they would be showing off in the pro-day."