The 153rd annual South Carolina State Fair — a showcase of a variety of exhibitions from agriculture and baked goods to live music and rides — will host a day for USC students on Monday, Oct. 17 with discounted admission prices.

No shuttles have been organized for students and USC is not in communication with State Fair management.

More information regarding rules and safety can be found here, with regulations featuring a new clear bag policy.

A variety of attractions can be found at the fair, including live music, food, agriculture exhibits, art exhibits and even a circus. 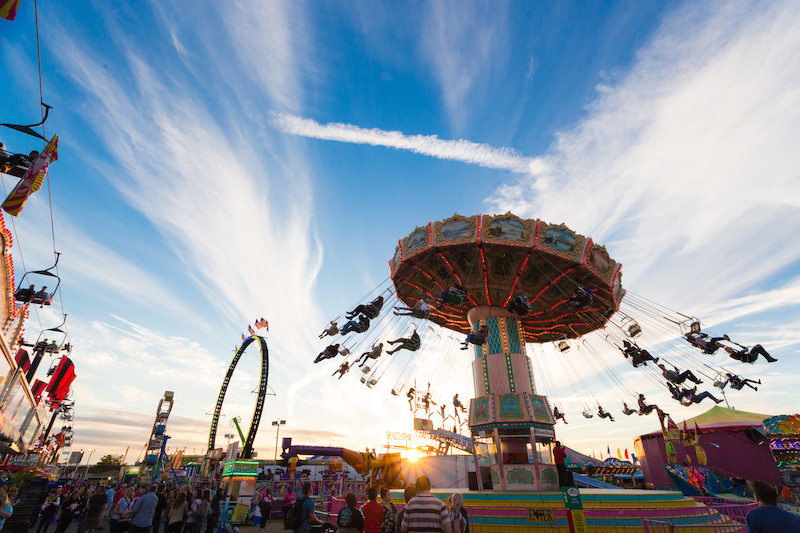 “We have exhibitors from every county in the state of South Carolina … whether that's chickens or rabbits or flowers or ponds and cakes or dairy cattle and beef cattle,” Smith said.

Smith also said the fair seeks to incorporate all South Carolinian cultures. One way of doing this is through musical performances every night at 7 p.m. on the Pepsi Place Stage except on Oct. 23.

Twelve different acts are set to perform on the Pepsi Play stage. There will be a variety of genres, such as country, gospel, R & B and even an Elvis impersonator.

The state fair is all about tradition for Smith, with one of the most popular annual rituals being the pig races that feature four piglets competing in a series of high-speed races.

One year, the fair brought in a BMX bike show in place of the pig races and faced backlash from its audiences — especially the younger crowd — Smith said. Since then, it hasn’t tried to replace the pig races.

Nick Harvey, a third-year broadcast journalism student, took advantage of the College Day last year. Harvey is a South Carolina native who took his out-of-state roommates to experience the culture provided by the fair, including the pig races.

“The pig races were awesome,” Harvey said. “They raced around the track … we got super competitive with the pigs that we picked in those races. It all built up to the one pig that swims through … like a trough … everybody was mind blown by it.”

Tim Wilson, the operations director of the fair, said that competition continues to be a big draw for patrons.

Wilson encourages fairgoers to take the time to see all of the exhibits because without them, the fair would not be what it is today.

All information regarding attractions can be found here on the fair's website.

Letter from the editor: Change is scary. Embrace it anyway.

By Kailey Cota | Nov. 27
Send a Tip Get Our Email Editions