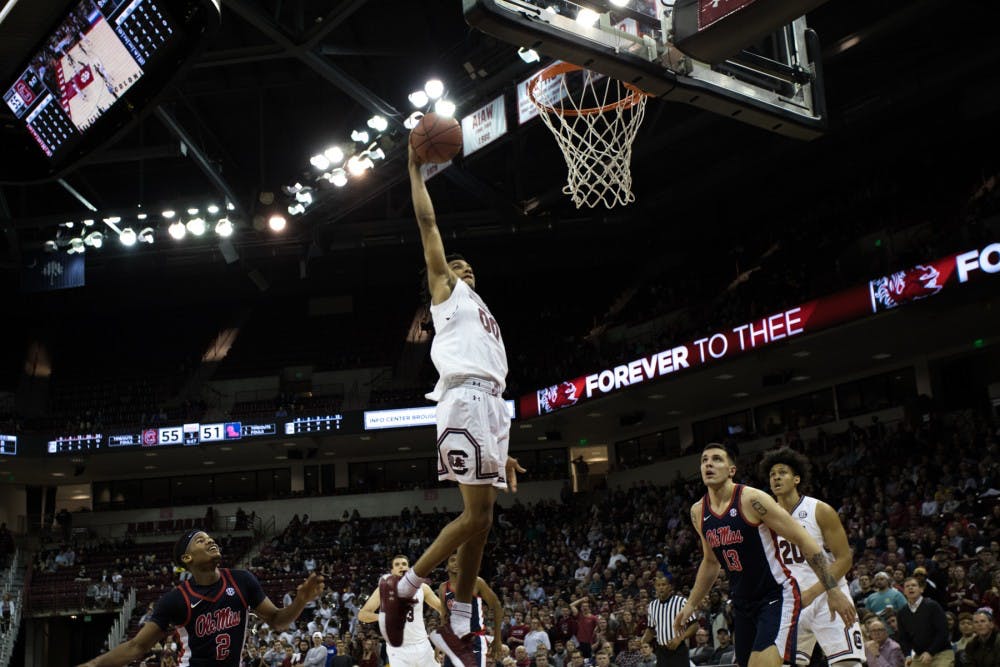 On Tuesday night, Frank Martin and the men’s basketball team will take on the Alabama Crimson Tide at Colonial Life Arena for their first matchup since Jan. 9, 2018.

The last time the Gamecocks and Crimson Tide met, Alabama defended their home court in a 76-62 victory over the Gamecocks. It was the Alabama bench that made the difference, scoring 35 of the team’s points.

However, this year both teams will look different thanks to freshman guards on both teams.

For South Carolina, A.J. Lawson’s ability to both drive to the paint and shoot from outside has him averaging a team-high 14 points per game this season and shooting at 41.7 percent from the field.

South Carolina will enter the game coming off a road loss to Mississippi State where the Gamecocks saw an early collapse in the second half.

Alabama maintained their lead in its last game to earn a victory over Vanderbilt. The Crimson Tide held off a late push by the Commodores to improve to 16-11 on the season. The win ended a four-game losing streak for Alabama.

Their leading scorer is freshman guard Kira Lewis Jr. who is averaging 14.2 points in 31.3 minutes per game this season.Against Vanderbilt, Lewis drained four of eight 3-pointers to lead the way with 19 points.

The Gamecocks currently stand in a tie for fourth place in the SEC with the Ole Miss Rebels. With four games remaining on the regular season schedule, the chances are limited for South Carolina to create separation from the Rebels in the standings. Mississippi State and Florida also stand just one game behind South Carolina and Ole Miss.

The Gamecocks' final four opponents are ranked below South Carolina in the conference standings. Alabama is the only team remaining who does not have a losing conference record as they stand at 7-7 heading into their matchup with the Gamecocks. South Carolina’s only conference losses have come from teams with winning records in the SEC.

The Gamecocks dug an early season hole for themselves with a 5-8 out of conference record. However, SEC play has put South Carolina on the cusp of the NCAA Tournament. ESPN’s Joe Lunardi listed the Gamecocks as one the first eight teams to be considered out of the tournament.

Head coach Frank Martin spoke with The State about his confidence in where his team is currently positioned.

“There’s a lot of teams in the country that would like to trade with us right now with four games to go,” said Martin. “We’re in a pretty good place right now, but we’ve got to win.”

South Carolina’s four-game stretch will begin with a 7 p.m. tip off Tuesday night against Alabama.