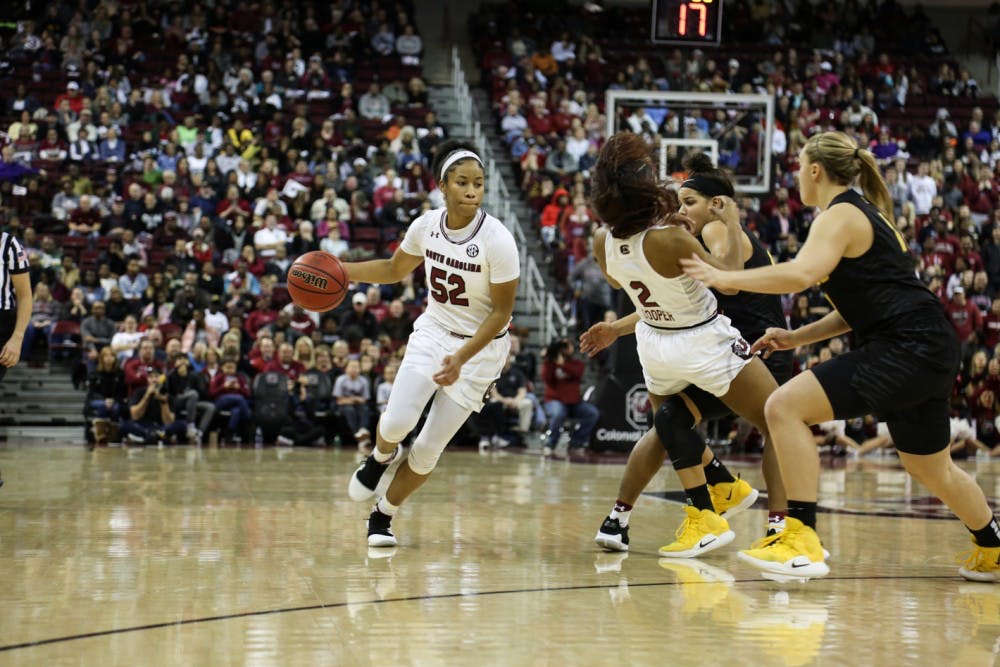 After a win last Sunday on the road against the Tennessee Volunteers, the South Carolina women’s basketball team looks to secure another road game victory against Auburn.

The Gamecocks (20-7, 12-2 SEC) will face off with the Auburn Tigers (20-7, 8-6 SEC). This will be the first matchup of the two teams this season. Both senior Bianca Cuevas-Moore and junior Doniyah Cliney are coming off career highs for points scored and minutes played, respectively.

The Tigers are coming off of an upset win against No. 25 Missouri, 58-54. The Gamecocks defeated Missouri earlier in the season with a score of 79-65.

Auburn’s latest win came because the Tigers had one of their most defensive games. Auburn held Missouri to its second-lowest scoring in SEC play by scoring on 17 out of the 19 turnovers Missouri had.

South Carolina’s offense will be a deciding factor in how the Gamecocks execute. The Gamecocks have a 43.6 field goal percentage and a 33.5 3-point percentage, making them one of the highest scoring teams in the SEC.

“Hopefully we’ll defend well enough to where we won’t see the press as much. I doubt it, but that’s what Auburn does," head coach Dawn Staley said. "If we face it I think we have the personnel in there that can execute it and break it and maybe get some good shots out of it.”

If the Gamecocks pull a win against the Tigers they will face Mississippi State on Sunday for the SEC title.

The Gamecocks and Tigers will tipoff at 7 p.m. on Thursday and the game can be seen on SEC Network Plus.