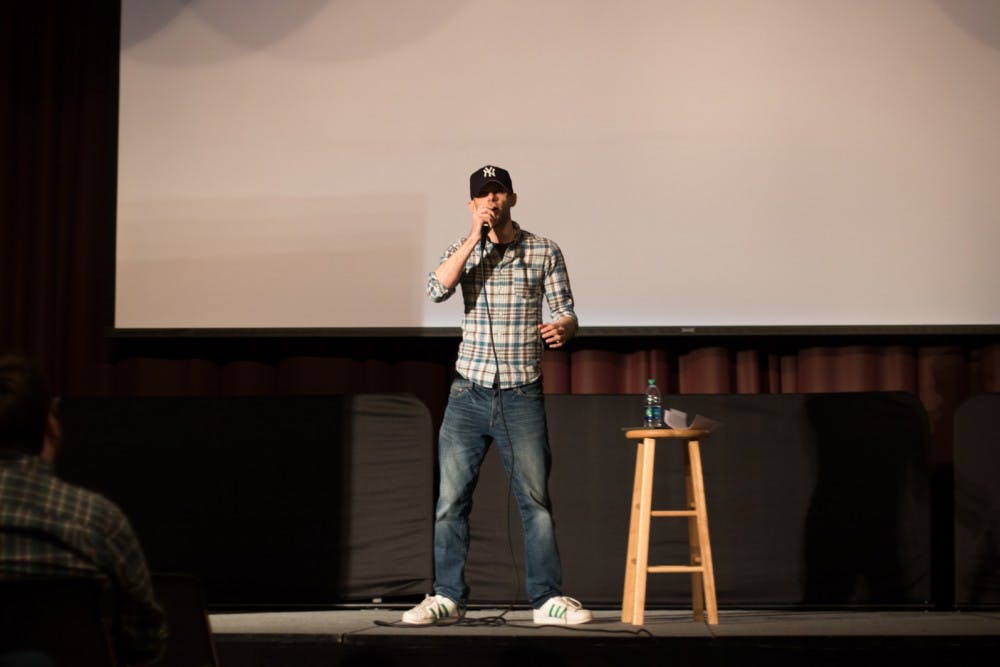 Carolina Productions hosted Seidell, a writer for SNL, and Day, a writer and performer, in the Russell House Theater. The theater was nearly full, with the comedians noting how unusual it was for a large group of students to come out for a show on a Monday night.

Emily Evans, a fourth-year finance international business student said at the event that she was a fan of Day’s work on Saturday Night Live. She'd also seen some of his stand-up routines online and said she was hoping for “new stuff, maybe some interactive things … learning maybe about his college days or something like that.”

Seidell did joke about college, hitting on topics such as "crazy" roommates and pets. But what caused the room to burst into cheers was his quip about how the University of South Carolina is "the real USC."

After Seidell’s set, Day came onstage and began his routine with a series of photos showing prank text messages he sent to his dad. Day also talked about embarrassing childhood stories and a cringe-worthy phone conversation he had with a girl in his class. Day's set ended with him telling his own crazy story about a person on his residence hall floor who wore a chicken mask.

Overall, the crowd laughed at a lot of the jokes and there was some audience participation involved in the show, making it an interactive experience for the students in attendance.

“It’s going to be someone more popular on social media so look out for that."