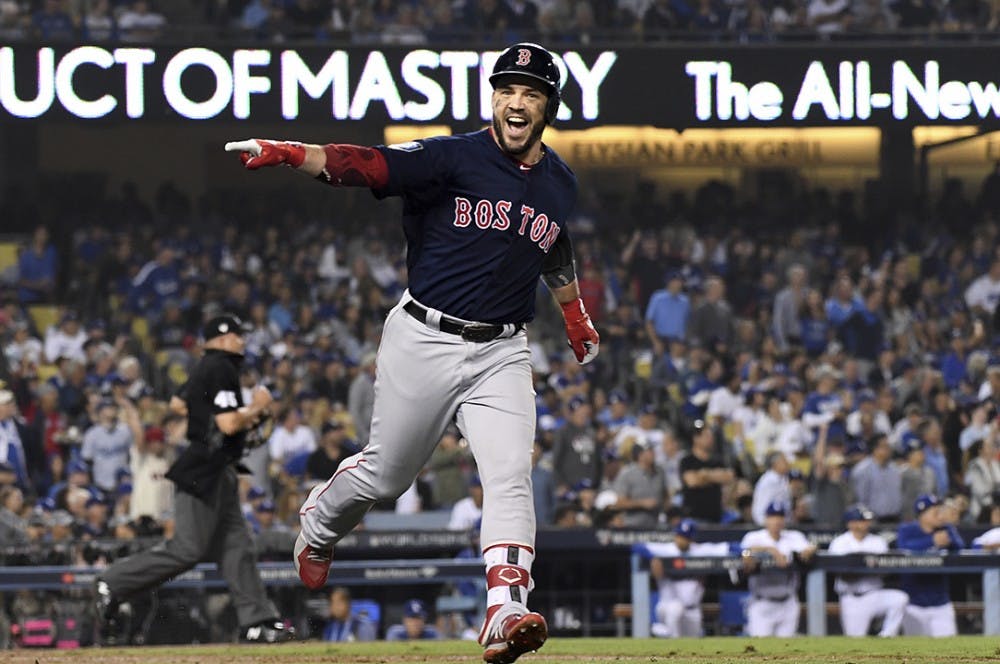 Steve Pearce back from injury, ready to pick up where he left off with Red Sox

The Boston Red Sox activated first baseman and former Gamecock Steve Pearce from the injured list on April 4. He immediately slotted back into the batting lineup.

Pearce, MVP of last year’s World Series, has an opportunity to help his club upon his return. The Red Sox are currently hitting .289 against left-handed pitching, with an overall average of .245. Pearce’s .304 average off left-handed pitchers in 2018 can make him a timely addition to the batting order after he spent time on the shelf nursing a calf injury.

The veteran will be part of a platoon with Mitch Moreland at first base, but he's expected to occupy the third spot of the lineup on occasion and can earn more playing time if he picks up where he left off last year.

Boston's pitching staff has a 6.97 earned run average (ERA) and has surrendered 23 long balls — the most of any American League club. While starting pitchers' performances could skew those figures, the Red Sox would rather have a team ERA closer to the 3.75 they posted during last year’s regular season.

Pearce delivered a home run during an April 1 rehab game. In his first game back against the Athletics at Oakland-Alameda County Coliseum, he batted third and recorded a hit.

While Pearce was drafted out of South Carolina by the Pirates in 2005, the Red Sox were the first team to select him. In 2004, Boston spent a 10th round selection on Pearce, but he did not sign. If Pearce had signed, he would have never been a Gamecock.

In addition to Pearce, six former South Carolina baseball players have appeared in a major league game this season.

More recent Gamecocks Christian Walker and Grayson Greiner have seen considerable playing time after advancing to the top of their teams' depth charts at their positions. Walker has gotten off to a scorching start with three home runs in 26 at-bats, and Greiner appeared in seven error-free games as the Tigers' primary catcher.

Jackie Bradley Jr., Justin Smoak, Sam Dyson and Whit Merrifield each have also seen their fair share of action. Merrifield is currently in the midst of a 28-game hitting streak that dates back to last season.