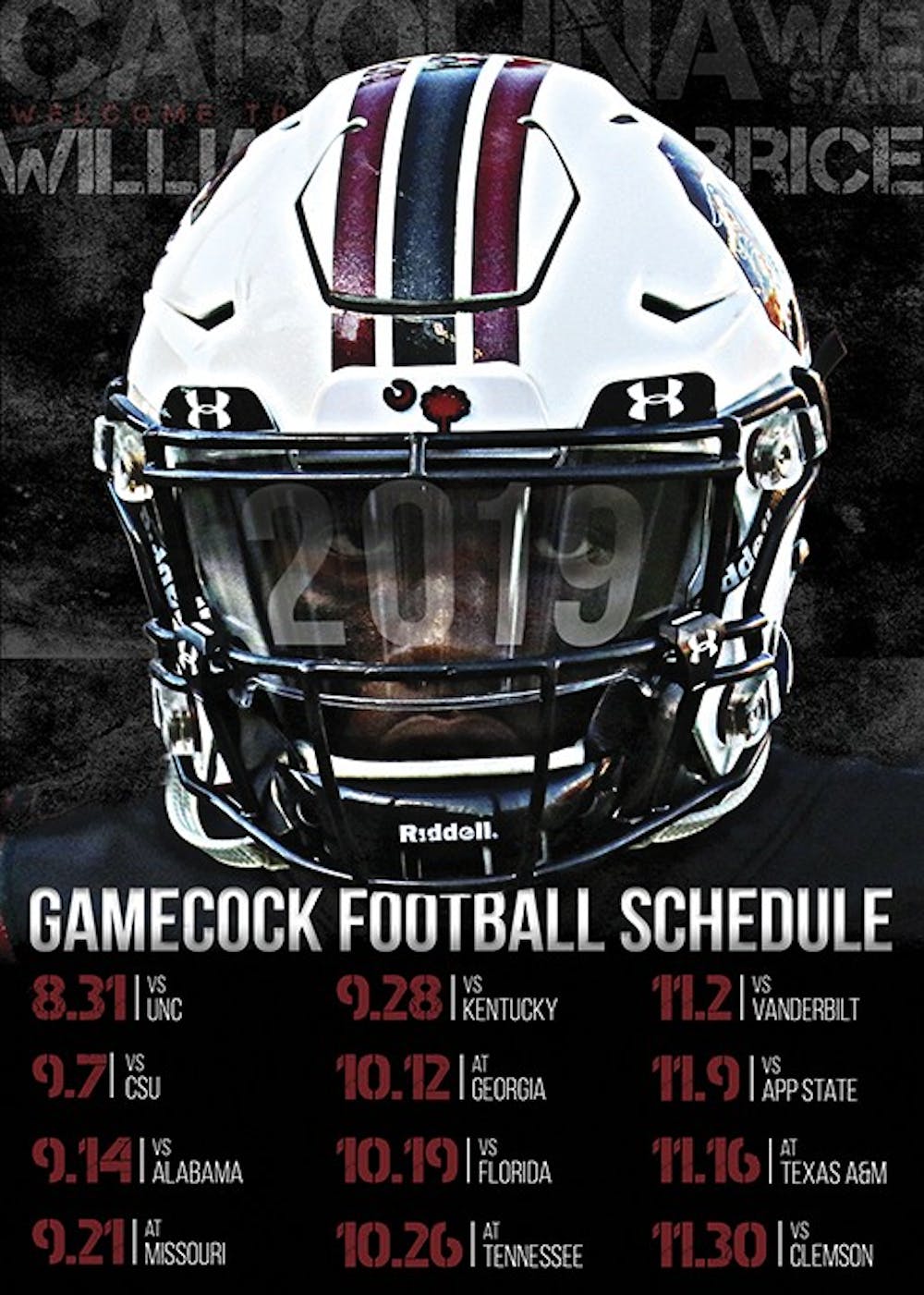 Gamecock football looks ahead to 2019 with new look, schedule

Coach Will Muschamp will begin his fourth season at the helm of the Gamecocks, and he might have his best team since starting his South Carolina coaching career.

However, the question is whether it will show an improved record, given the tough schedule the Gamecocks face this season.

The quarterback position is settled by three-year starter Jake Bentley, returning for his senior year.

Despite being one of the most experienced players on the team and in the SEC, there is one stat from 2018 that looms large — interceptions. In 2018, Bentley threw a career-high 14 interceptions out of his 12 starts.

If the Gamecocks intend to go to the pro bowl this season, it will be crucial for Bentley to limit his interceptions. SEC Network analyst Greg McElroy believes that if he does, it will pay off for the Gamecocks this year.

"We saw him at his best against Clemson and if he can reach those heights on a more regular basis this year then who knows what that offense could look like," McElroy told The State.

In the loss again Clemson last year, Bentley threw for a record-setting 510 yards, the most yards any SEC quarterback has ever thrown against a top five team in college football.

Bentley will be challenged by freshmen Dakereon Joyner and Ryan Hilinski. Joyner saw minimal game time last year, while Hilinski graduated high school a semester early and has yet to play at the collegiate level.

The running game is also expected to be different. Tavien Feaster, a recent graduate transfer from Clemson, adds depth to a running back room led by Rico Dowdle and A.J. Turner.

Turner was recently named for the Paul Hornung Award watch list. This award goes to the most versatile player in college football, and Turner's positions in offense and defense make him a good candidate.

Adding to the offensive side of the ball, the wide receiver position also looks to improve, despite losing Deebo Samuel.

Defensively, there must be an improvement if the Gamecocks want to improve off of 2018's 7-6 record. They return with D.J. Wonnum, Javon Kinlaw and T.J. Brunson.

All three of those players were injured at some point during the 2018 season. It will be key for the defense to limit injuries and be more consistent in 2019. Brunson is confident that 2019 will not be a repeat of 2018 with their mentality.

"I feel like last year we weren't as consistent and confident in making plays and finishing plays. That wasn't what we did well last year," Brunson said. "Going into this season, there'll be a huge improvement in that because of the way we prepare and just the experience."

That said, the schedule certainly won't be easy. The Gamecocks open the season on Aug. 31 in Charlotte against North Carolina. Mack Brown, who coached in Chapel Hill from 1988-1997, returns to the Tar Heels' sideline.

The Gamecocks are also set to face SEC foes Alabama, Georgia, Florida and Texas A&M, who all won at least nine games in 2019. In addition, the Gamecocks face Clemson, who won the national championship in 2018.

With the combination of talent and a difficult schedule, 2019 appears to be an intriguing year for Gamecock coaches, players and fans.