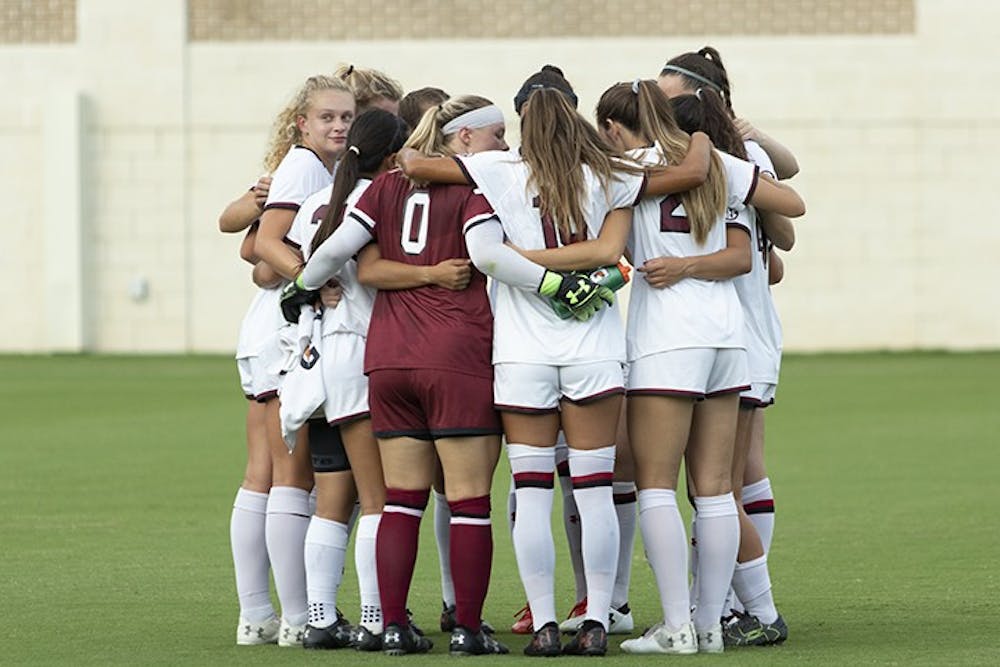 After a lightning delay pushed kickoff back almost an hour, the Gamecocks scored four goals in the first half. Senior Elexa Bahr scored first, after 17 minutes.

Redshirt freshman Samantha Chang quickly followed with the first goal of her career in the 18th minute. The last goal of the half came from sophomore Sutton Jones at 43 minutes, also her first career goal, putting South Carolina up 4-0 at the half.

This marked the first time the Gamecocks scored four goals in any half since the game against Alabama State on Nov. 11, 2016.

"The team did a great job at finding open players tonight, and allowing them to capitalize on their opportunities," head coach Shelley Smith said.

Jacksonville was unable to make any scoring attempts against South Carolina’s dominant defense throughout the first half.

In the second half, the Gamecocks scored two more goals, one by freshman Camryn Dixon at 63 minutes and the second unassisted by freshman Samantha Meredith in the 84th minute. Dixon’s goal was the first of her career, making her the third South Carolina player of the night to do so.

The Dolphins managed four shots on goal in the second half but were unable to produce points, as all were saved by freshman goalie Heather Hinz in her collegiate debut.

"Tonight was a great night to get a lot of our players some experience,” Smith said. “It was nice to see our young talent meet expectations, because they have great abilities and potential and they showed tonight what they are capable of."

The Gamecocks will take the field again on Sunday evening against College of Charleston. Kickoff is set for 7 p.m. at Stone Stadium.