Letter from the sports editors 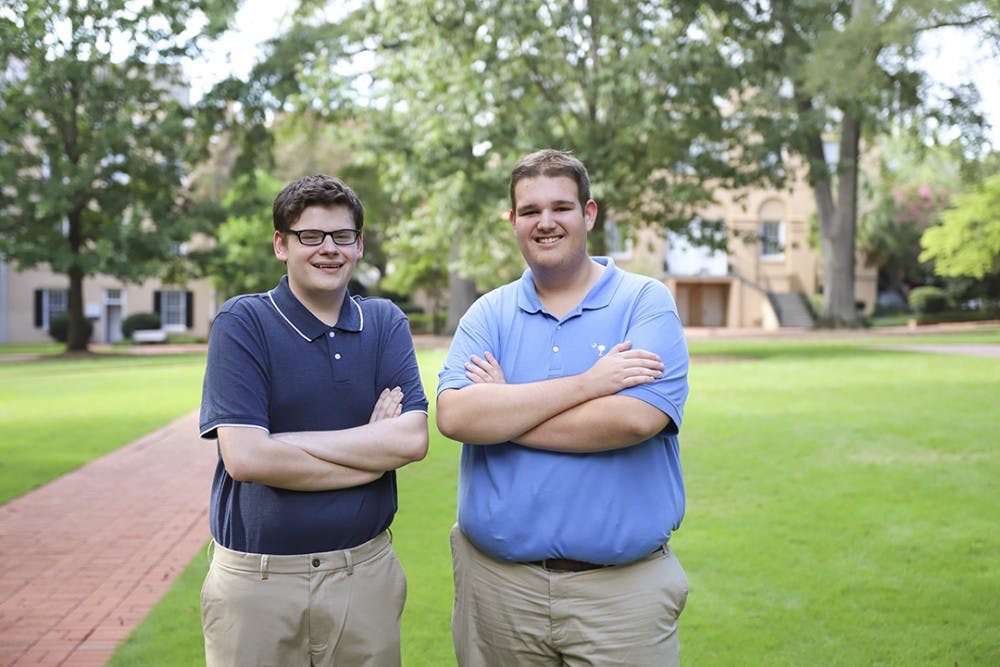 By Matthew Edwards, and Cam Adams

It’s finally time to stop talking about the offseason, as another football season is already upon us.

Although South Carolina kicks off in Charlotte to open the season on Aug. 31, it will soon be time for Williams-Brice to once again turn into a sea of garnet and black.

The sight of a college football “Saturday in South Carolina” is right around the corner with "Sandstorm" playing in the background, white towels swirling in the air and the Mighty Sound of the Southeast playing the fight song after every touchdown.

This season brings a new outlook for South Carolina football, as the Gamecocks were injury-riddled in 2018 and look to recover from a 7-6 2018 season after going 9-4 in 2017.

With the return of Jake Bentley at quarterback, Bryan Edwards at wide receiver and the addition of Tavien Feaster at running back, the Gamecock offense is looking for a record-setting season in Bryan McClendon’s second full season as offensive coordinator.

Senior quarterback Jake Bentley has an opportunity to become the all-time passing yards leader in school history as well. Bentley set the school record for passing yards in a single game against Clemson in 2018 with 510 yards against the eventual national champions.

Despite an always tough SEC schedule, the Gamecocks have many opportunities for upsets. South Carolina will face the preseason AP top-three teams (Clemson, Alabama and Georgia). In addition, No. 8 Florida and No. 12 Texas A&M are on the schedule as always.

While these five top-12 teams are on the schedule, South Carolina is circling a couple of games on the calendar, including a home game against Kentucky as the Gamecocks look to end a five-year losing streak to the Wildcats and earn their first-ever win over Texas A&M in College Station.

The Gamecocks are also looking to continue three-game winning streaks against Missouri and Tennessee this season on the road.

South Carolina is additionally looking forward to its annual game against in-state rival Clemson as the Palmetto Bowl comes to Columbia on Nov. 30.

This special edition of The Gamecock is filled with much information on the 2019 Gamecock football season, and we hope that it gears up your excitement and anticipation for one of the most rewarding experiences an SEC school has to offer.

Our personal experiences at Williams-Brice Stadium have been phenomenal. We are excited to finally hear Sandstorm blasting through the speakers and the first "Gamecocks" chant of the season.

There is nothing like college football bringing together 80,000 people to cheer on one school.

Watching college football has always been a major tradition for us personally. From seeing the 2010 South Carolina team upset the No. 1 Alabama Crimson Tide to witnessing three consecutive 11-win seasons and five-straight wins over that team from the upstate, we know that South Carolina football can rise again.

Building a program takes more than a couple of seasons, which head coach Will Muschamp is trying to accomplish. Muschamp is the first coach in South Carolina school history to take the Gamecocks to three-straight bowl games in his first three seasons. Our recruiting is also on the upward trend for the 2020 season and onward.

Despite the first two home games being day games, we hope that you pack the student section at Williams-Brice Stadium and prove that South Carolina is one of the toughest environments in college football. The Gamecocks will be on national television as usual, so it is important that viewers do not look and see an empty student section in the fourth quarter.

As said before, there will be several opportunities for upsets this season, so get ready to be loud, rowdy and intense. As the saying goes, “If it ain’t swayin’, we ain’t playin’.”

No matter the outcome this season, we hope that your game days are full of fun, great food,  tailgates and memories in the student section that will last a lifetime.