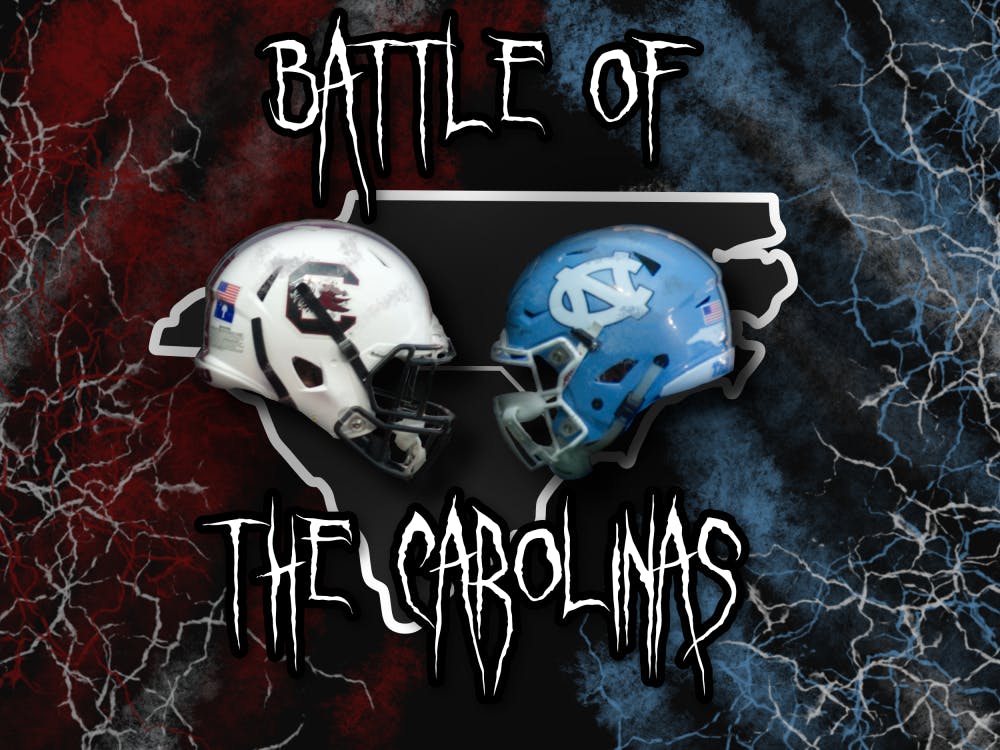 The historic roots of the battle of the Carolinas

This Saturday, the Gamecocks and Tar Heels are going head to head to prove who is the real Carolina.

South Carolina and the University of North Carolina are set to renew a border rivalry on Aug. 31 at Bank of America Stadium in Charlotte as a part of the Belk College Kickoff, beginning the 2019 college football season.

This will only be the fourth time since the turn of the century that the two Carolinas have faced each other on the field. The first matchup took place in Chapel Hill in 2007, Columbia in 2013 and Charlotte in 2015.

However, South Carolina and North Carolina have not always played as rarely as they do today. In fact, the two schools were once fierce rivals looking to show the opposing school who the best of the Carolinas is.

The conflict between the universities has been relatively one-sided, as the Tar Heels hold an all-time 34-19-4 advantage over the Gamecocks since 1903, when North Carolina defeated South Carolina by a score of 17-0 on an October Saturday in Columbia.

Since then, North and South Carolina have shared a total of 49 years in the same conference with 31 years in the Southern Conference (SoCon) from 1922 to 1953 and 18 years in the Atlantic Coast Conference (ACC) from 1953 to 1971. The two rivals went their separate ways when the Gamecocks left the ACC in favor of becoming independent, and they eventually joined the SEC in 1991.

During the teams’ years in the SoCon, the Tar Heels dominated South Carolina, beating the Gamecocks in 12 of 17 games between 1922 and 1953.

After the SoCon split in 1953 to create the ACC, the Carolinas have even prevented one another from capturing conference titles. This first occurred when the Tar Heels defeated the Gamecocks 6-0 in 1958, which would eventually put South Carolina second in the ACC, a half-game behind Clemson, who the Gamecocks defeated during that season.

The Gamecocks enacted their revenge against their rivals from Chapel Hill with their last ACC meeting with the Tar Heels in 1970 with a 35-21 win, which would put the Tar Heels second in the conference, a half-game behind Wake Forest at the end of the season.

After the Gamecocks left the ACC, the Carolinas faced off on a fairly regular basis, meeting a total of four times as non-conference foes in the 1970s and four times in the 1980s.

Since then, the two border rivals have not seen each other on the field often.

But with the 2015 Belk College Kickoff, this year’s season opener and another meeting scheduled for 2023 in the Queen City, the once-heated ACC rivalry has found new life in a city that is considered home territory for both schools — Charlotte.